These two seasoned racers and fabricators will complete the journey in a fully rebuilt 1970 Toyota FJ-40 Land Cruiser dubbed the ‘Rat.’ Expedition SEMA is a solo journey. 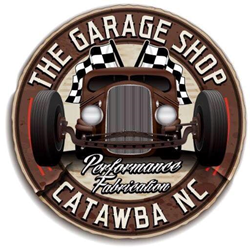 These two seasoned racers and fabricators will complete the journey in a fully rebuilt 1970 Toyota FJ-40 Land Cruiser dubbed the ‘Rat.’ Expedition SEMA is a solo journey, the team has no backup or chase crew, Aaron and Ed are on their own and will carry all tools and supplies necessary to survive.

Check out the full recap of Expedition SEMA 2016 in the latest edition of Via Corsa Magazine, available on newsstands now.

Expedition SEMA 2017 travels across the Oregon Trail through 6 states. Once they hit the Owyhee Wilderness area in Idaho they will head south towards Salt Lake City making a stop at the Golden Spike where the first transcontinental railroad met east and west lines. Next stop is the Bonneville Salt Flats to celebrate a 10 year anniversary where the Dodge 71 stock car built by Aaron Brown crushed the world record with a 244.9 MPH run in 2007. From there Expedition SEMA takes the Pony Express east, then turns south through Moab, Needles, Zion, Northern AZ and on to Las Vegas.

Follow Along: All season long, The Garage Shop will post updates as they prep for this epic adventure. Come Oct. 10th Expedition SEMA will be posting Daily Trip Reports to the The Garage Shop Facebook page. Search #ExpeditionSEMA for content.