On the eve of celebrating 50 years of service to the New Orleans area, Delta Personnel's Cuban-born owner, Teresa Lawrence, discusses how her journey to earn her U.S. citizenship and advocate for women and Hispanics inspires her company's business model. 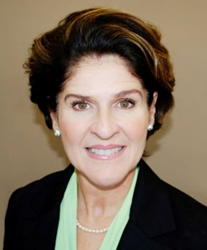 “In America, we live as one people, on one body of land that we share collectively, learn to build bridges on when our views differ, and pull together, when needed, to ensure that our country exemplifies unity and liberty for everyone.”

In 1973, Teresa Lawrence, owner of Delta Personnel Inc. in Metairie, Louisiana, arrived in Miami on the last Freedom Flight from Cuba in search of a better life. After taking up residence in New Orleans with her mother, grandmother and brother, Lawrence, who spoke no English, learned that the road to U.S. citizenship would not be easy. At that time, federal immigration policy required that her family reside within the state of Louisiana for eight consecutive years before applying for citizenship. After many years of patiently waiting and working hard to embrace the American dream, Lawrence and her family earned their citizenship and a chance to build a life in the U.S.

As a first-generation immigrant, Lawrence’s road to business success was paved with the same persistence and dedication she and her family demonstrated during their journey to become American citizens. Lawrence, a staunch advocate for Latina and women’s rights, helps to build bridges of opportunity for minorities within a country she prides with being founded on the aspirations and ideology of inclusiveness and acceptance.

“In America, we live as one people, on one body of land that we share collectively, learn to build bridges on when our views differ, and pull together, when needed, to ensure that our country exemplifies unity and liberty for everyone,” said Lawrence.

Earning a seat at the table for women and Latina business owners is a mission Lawrence has championed since becoming the sole owner of Delta Personnel in 2000. Transforming the company, which opened its doors in 1968, into a multi-million-dollar staffing solutions agency with more than 900 employees is only one of the many accomplishments she has achieved. Next year, the company will celebrate 50 years in business - a milestone she will honor with a new and reinvigorated mission to expand Delta Personnel nationwide.

"We are working to open two new locations, to offer additional services and to provide temporary and permanent employees for industries we haven't serviced in the past," said Lawrence. "During this process, we will partner with minority businesses and lend our voice to issues important to advocating for diversity in business."

Her dedication to the New Orleans community and advocacy for women’s rights and diversity has led her to a national platform focused on ensuring that Hispanics and women receive and retain their rightful place at the table of business and economic opportunity. Lawrence, who served as the New Orleans’ Regional Director for Women’s Business Enterprise Council South (WBEC South) and held a seat at the Women’s Business Enterprise National Council (WBENC), has won several top women in business awards and has a reputation for hiring skilled women and minorities to work in Delta’s in-house staff, temporary and permanent positions.

“I want my staff to be reflective of my belief in diversity and inclusiveness,” said Lawrence. “At Delta, our mission is to hire the best talent, to provide exceptional customer service to our clients and to ensure that all workers have the opportunity to join the workforce at a fair wage.”

On a recent trip to Washington D.C. for a U.S. Hispanic Chamber of Commerce meeting, Lawrence and other accomplished Latina business women were unexpectedly invited to participate in a round table discussion hosted by Ivanka Trump, daughter of President Donald Trump. Representing industries ranging from healthcare to technology to non-profit organizations, the attendees were given a rare opportunity to engage with the Trump Administration about issues pertinent to minority and Hispanic business ownership.

According to the U.S. Census Bureau, Hispanics contribute to over 50% of the U.S. population growth. Between 2007 and 2016, the number of Latina owned firms increased by 137% versus 45% for overall women-owned firms. This growth trend also aligns with the demographic shifts and growth Hispanics represent.

“As women, we face similar challenges around equal pay, access to capital and juggling of work and family. As a Latina woman business owner, we face issues particularly concerning to the economy, job growth for our community and backlash from policies that will strain the growth of minority businesses across the board,” said Lawrence. “It is our job to provide our leaders, regardless of the politics, with as much information about who we are, why our needs are important and what we envision the country to look like and to exemplify to us and to the next generation.”

Lawrence is committed to add her voice to conversations within the business community about fairness and diversity. According to the recently released, New Americans in Greater New Orleans report, in 2014, foreign-born residents of Greater New Orleans – 7.4% of overall population – contributed greatly to the federal, state and local taxes. Foreign-born households contributed $7.6 billion to the gross domestic product (GDP) of the Greater New Orleans metro area. Immigrant-owned businesses generated $174 million in business income.

“It takes a village to drive growth and ignite change,” said Lawrence. “As an immigrant, Latina and business owner, I will not forget where I came from, and I will not take for granted the opportunities I have been afforded as an American. Lending my voice to constructive discussions about diversity and inclusiveness is an intricate part of my personal and professional goals.”