NeuroTrials Research, the only facility in Georgia and only one of 15 nationwide investigating the link between Parkinson’s disease and excessive sleepiness, is currently accepting participants for this first ever study aimed at improving the quality of life for patients. 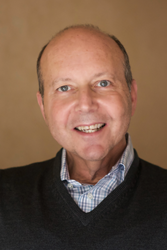 Dr. Russell Rosenberg is leading the new study, determining the link between sleep and Parkinson's disease.

“This is the first study to focus on improving the quality of life for Parkinson’s patients by looking at the links between the disease and sleep,” said Dr. Russell Rosenberg, NeuroTrials Research founder and CEO.

Experts estimate 30 to 50% of people with Parkinson’s disease (PD) are excessively sleepy during the day, severely affecting their quality of life. What’s unclear is if their sleepiness is because of the disease or because of their medication. NeuroTrials Research, a clinical trials facility in Atlanta, is the only one in Georgia and only one of 15 locations nationwide charged with helping to find the answer to this “chicken and egg” question.

“This is the first study to focus on improving the quality of life for Parkinson’s patients by looking at the links between the disease and sleep,” said Dr. Russell Rosenberg, NeuroTrials Research founder and CEO. “Instead of focusing on the cure, in this unique proof of concept study, we’re trying to better patient’s lifestyle. They can stay on their current medication if they’re stable and that’s a very comforting situation for them.”

Doctors at NeuroTrials are accepting people to participate in the study who are 35-80 years old, are on stable treatment for their Parkinson’s yet experience excessive sleepiness. They must be otherwise healthy and may be compensated for time and travel.

Providing help in Atlanta … for the national good
Two gentlemen are participating in the study at NeuroTrials Research in hopes of finding relief from their own excessive sleepiness but also to help advance research into Parkinson’s.

“I was never a big nap person but since the diagnosis of Parkinson’s, if I sit down in a comfortable chair and the TV is on, I can be out like a light in a couple of minutes. It can be at noon, at 3 in the afternoon or 8 at night,” said Benton Ashby, 76, from Atlanta.

Ashby was diagnosed with PD in 2007 when his body became “like rubber” and he couldn’t get up, which was especially startling because it happened just three weeks after he ran a half marathon.

Gunther Eichler, 73, from Alpharetta, similarly experiences excessive sleepiness during the day. He’s been living with Parkinson’s since 2003 when shaking in his left hand was the first indication of the disease’s onset. In fact, before he was diagnosed with the disease, he once fell asleep at the wheel and “it almost killed me,” he said.

“I hit a road sign which made such a loud noise that it woke me up. I was headed straight for a bridge and I woke me up just in time,” Eichler, a veteran, said. He no longer drives.

Fatigue and Parkinson’s closely linked in online searches
In related news, a study was published in early February in the Journal of Parkinson’s Disease that analyzed top Parkinson’s disease literature and online search patterns. The study revealed that “fatigue” was one of the highest ranked search terms, suggesting a direct link to how a patient’s quality of life is impacted.

Parkinson’s disease affects up to one million people in the U.S. and doctors diagnose up to 60,000 new cases annually. Typically striking men 50 percent more than women, the average age of onset is 60, but early onset, beginning before age 50, accounts for five to 10 percent of cases.
Learn more at http://www.NeuroTrials.com or call 404-851-9934 for more information about the disease or the current study.

About NeuroTrials Research
Founded in 1997, NeuroTrials Research (NTR) is a nationally-recognized early- to late-phase inpatient and outpatient clinical research site located in the Atlanta suburb of Sandy Springs. Focused on neurological disorders including Alzheimer’s, migraine headaches, Parkinson’s and various sleep-related conditions, the research facility has a 12,000 square foot facility that includes a 15-bed, state-of-the-art sleep lab and inpatient clinical research unit designed specifically for the comfort and safety of clinical trial participants. Dr. Russell Rosenberg, PhD, D.ABSM, is NTR’s founder and CEO and a former chairman of the National Sleep Foundation. Learn more at http://www.NeuroTrials.com or call 404-851-9934 for more information.

About Clinical Trials
More than 2,500 volunteers have been study participants in 175+ clinical trials at NeuroTrials Research. Qualified study participants receive free medical evaluations, treatment and are compensated for their time and travel. Nationwide, 2.3 million people participate in 80,000 U.S. clinical trials annually; 70% of participants say they would volunteer again; approximately 178,000 studies enroll worldwide annually; more than 120 new drugs get FDA approval each year; and it takes 10 years of lab study before a treatment can be tested on humans.