Organized crime group has allegedly compromised several major, national banks as part of a scheme that has led to the indictment of 55 individuals, including two Defendants in the instant action. 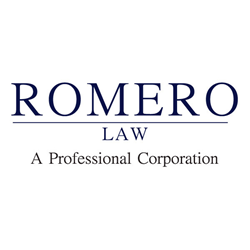 Former seven-time world champion boxer Juan Manuel Marquez alleges in a Complaint filed in the Los Angeles Superior Court that JP Morgan Chase & Co. was complicit in the theft of millions of dollars in fraudulently obtained tax refunds, and at least $2,308,439.00 in funds stolen from Mr. Marquez through “fake accounts” opened at Chase Bank in the name of Mr. Marquez, without his knowledge or consent.

Mr. Marquez will be appearing at a press conference to answer questions regarding this matter on April 10, 2017 at 11:00AM at a location across the street from the Whittier Chase Bank branch where the allegedly fraudulent accounts were opened and from where the allegedly stolen tax refunds were laundered.

All media outlets are welcome and are invited to attend. Further information can be obtained by contacting legal counsel for Mr. Marquez via email at firm(at)romerolaw(dot)com or at (626) 396-9900.

About Juan Manuel Marquez: Mr. Marquez is a professional boxer and former four-weight world champion, who, over the past twenty years, and has held seven world championships titles. Mr. Marquez is generally regarded to be one of the greatest Mexican boxers in the history of the sport, and is a national hero in his home country.