670 of the nation’s top student musicians to perform in four ensembles in Orlando, FL, November 28-29, in Disney's Coronado Springs Resort during NAfME's 2017 All-National Honor Ensembles event. Right now, the nation’s most elite high school musicians are vying for the opportunity to rehearse and perform in a one-of-a-kind national honor program led by some of the country's top conductors. 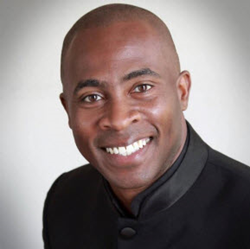 On November 28-29, these exceptional young musicians will gather at Walt Disney World’s Coronado Springs Resort in Orlando, FL, to showcase their expert musicianship and perform a gala concert celebrating music education and the arts.

The National Association for Music Education’s (NAfME) premier national honor ensembles will be led by four award-winning conductors. The nation’s most elite high school musicians will vie for the opportunity to rehearse and perform in a one-of-a-kind national honor program. The students must first compete at their local, district, and state level to become eligible for this honor. On November 28-29, these exceptional young musicians will gather at Walt Disney World’s Coronado Springs Resort in Orlando, FL, to showcase their expert musicianship and perform a gala concert celebrating music education and the arts. The All-National Honor Ensembles program will kick off on Sunday, November 26, with a special event at the Epcot Theme Park.

The All-National Honor Ensembles consist of a concert band, orchestra, mixed chorus, and jazz ensemble; participating students are chosen by auditions. The concert band and symphony orchestra will each have approximately 150 instrumentalists, the jazz ensemble 20 instrumentalists, and the mixed chorus approximately 350 vocalists. Eligible students have qualified for their state-level honor ensemble program and competed against top students for a spot in these national honor ensembles. The audition deadline is May 12.

Ensemble members will perform under the baton of four of the most prominent conductors in the United States.

Dr. Margery Deutsch will lead the Symphony Orchestra. Professor Emeritus Margery Deutsch served as Director of Orchestras and Professor of Conducting at the University of Wisconsin-Milwaukee from 1984-2012. Under her direction, the orchestra performed at the Chicago Symphony Center, in Madison at the Wisconsin Music Educators Association State Conference, for the National Federation of Music Clubs, the Wisconsin Alliance for Composers, and throughout Wisconsin, Minnesota, and Illinois. In March 2012 they performed at Carnegie Hall as part of the 2012 New York International Music Festival. Deutsch serves as the Music Director of UWM’s University Community Orchestra, an ensemble of over 125 musicians ranging in age from 12 to 88. The orchestra is comprised of college, high school, and middle school students and community members. Deutsch has been Music Director of the Milwaukee Youth Symphony Orchestra’s Senior Symphony since 1987. MYSO, the largest youth orchestra program in America, is recognized as one of the premiere youth orchestras in the country. Deutsch is actively involved with high school-age musicians throughout the country and is in frequent demand as a guest conductor, clinician and adjudicator. Read more about Dr. Margery Deutsch here.

T. André Feagin will lead the Concert Band. T. André Feagin serves as an Assistant Professor in the Department of Music at Coastal Carolina University (CCU). In addition to his responsibilities with University Bands, he teaches applied clarinet and courses in the jazz/commercial music curriculum. Prior to his arrival at CCU, Feagin served as Associate Director of Bands at the University of Texas at El Paso (UTEP) where he was conductor of the Symphony Band and Director of Athletic Bands. In addition, he served as Director of Bands at Watkins Overton High School (TN) where his program was a consistent recipient of the Tennessee Bandmasters Association (TBA) Sweepstakes Award. Feagin was one of three nationally selected conductors to perform as guest conductor with the United States Air Force Band of Mid-America and the United States Academy Band at West Point with the National Band Association and West Point Conducting Workshop, respectively. He has appeared with numerous all-state and regional honor bands throughout the United States, Canada, and Southeast Asia. Feagin has instructed the United States Army All-American Marching Band (2009-2015) and was appointed the head director by NAfME in 2012, 2013, and 2018. He is the recipient of numerous awards and honors including the proclamation of “Professor T. André Feagin Day” from the Mayor and City Council of El Paso, Texas, and the Golden Apple Teacher Award. Read more about T. André Feagin here.

The Mixed Choir will be led by Dr. Z. Randall Stroope. Dr. Z. Randall Stroope is an American conductor, composer and university professor. His composition teachers were Normand Lockwood and Cecil Effinger, both students of Nadia Boulanger, the famous French teacher (and student of Gabriel Fauré.) He is the artistic director of two international summer music festivals in Europe, and is a recurring teacher/composer with the Italian National Choral Federation in the summer. Dr. Stroope conducts at many of the major concert halls every year in the United States, including Chicago Orchestra Hall and Carnegie Hall (where he has conducted every year since 2001). He has directed 41 all-state choirs, and hundreds of music festivals. As a Professor of Music and Director of Choral/Vocal Studies at Oklahoma State University, Randall overseas the undergraduate and graduate conducting program. Read more about Dr. Stroope here.

The Jazz Band will be led by Jazz at Lincoln Center’s Todd Stoll and a soon-to-be announced special guest conductor. Mr. Stoll has more than 25 years of experience as an advocate, performer, educator, and promoter of great jazz music. His performance experiences are wide-ranging from clubs to international concert venues, big bands to symphony orchestras. He serves as Vice President of Education for Jazz at Lincoln Center (JALC) overseeing programs that touch millions of people from infants to the elderly. In 2011, Mr. Stoll became the Vice President of Education at JALC in New York City, which continues to afford him the opportunity to bring jazz education programs to thousands of people of all ages and socioeconomic levels. Since he joined the organization, JALC has produced more than 10,000 education events in the US and around the world. The innovative Essentially Ellington high school jazz band program has expanded during his tenure, providing nearly 200,000 free scores to 4,000 high schools in all 50 states and 46 countries, reaching more than 500,000 students. Read more about Todd Stoll here. Jazz at Lincoln Center is the sponsor of the 2017 All-National Honor Jazz Band.

National Association for Music Education, among the world’s largest arts education organizations, is the only association that addresses all aspects of music education. NAfME advocates at the local, state, and national levels; provides resources for teachers, parents, and administrators; hosts professional development events; and offers a variety of opportunities for students and teachers. The Association orchestrates success for millions of students nationwide and has supported music educators at all teaching levels for more than a century. With more than 60,000 members, the organization is the voice of music education in the United States