Recent release “Termendale” from Page Publishing author John Whiting is a gripping postmodern adventure featuring a man who finds that his life has been hijacked on his fifty-fifth birthday. Cut off from his possessions, detained by the authorities, and sent with a trainload of his contemporaries to an unknown destination, he is desperate to discover and, if possible, to regain control of his fate. 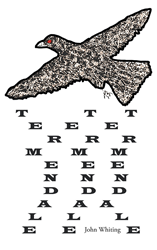 John Whiting, a US Air Force veteran, retired educator, census surveyor, photographer, librarian, and writer, has completed his new book “Termendale”: a gripping and potent futuristic drama pitting the individual against a system that seeks to dismiss older members of society as unproductive and unwanted.

Gon Janeson, a technician residing in New Big City, a futuristic underground complex on planet Earth, gets a mind-bending surprise on his fifty-fifth birthday. After returning home from work, he finds himself locked out of his quarters, separated from all his worldly possessions without a job and with a drained credit account. Later, after using his credit chip at the neighborhood watering hole, he’s picked up by the local police (called Helpers) as if he’s a common vagrant. The situation turns more desperate, when he is escorted to the transport station and forced onto a railcar for a one-way ride to Termendale: a place he’s never even heard of.

As the train departs from the station, he scans his fellow travelers and notes that everyone seems to be from the same age group as he. To make matters worse, not one is talking; or even willing to make eye contact. This does not leave him with a sense of well-being.

Gon is destined for the experience of a lifetime: and perhaps something even more sinister. Published by New York City-based Page Publishing, John Whiting’s potent tale is a mind-bending and suspenseful futuristic adventure.

Readers who wish to experience this riveting work can purchase “Termendale” at bookstores everywhere, or online at the Apple iTunes store, Amazon, Kobo, Google Play or Barnes and Noble.

Page Publishing is a traditional New York-based full-service publishing house that handles all the intricacies involved in publishing its authors’ books, including distribution in the world’s largest retail outlets and royalty generation. Page Publishing knows that authors need to be free to create - not bogged down with the logistics of eBook conversion, establishing wholesale accounts, insurance, shipping, taxes, and the like. Its roster of accomplished writers and publishing professionals can help authors leave behind these tedious and time consuming issues and focus on their passion: writing and creating. Learn more at http://www.pagepublishing.com.