UCaaS provider selected for its innovations in web-based business communications 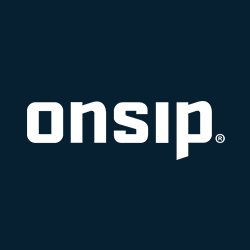 OnSIP has been committed to innovation from day one, creating solutions that give businesses invaluable ways to enrich employee collaboration and customer outreach. We are excited to have recently welcomed our 80,000th customer account.

Unified Communications as a Service (UCaaS) provider OnSIP today announced that it has been named by The Silicon Review Magazine as one of 50 Fastest Growing Companies of the Year 2017.

“The Silicon Review 50 Fastest Growing Companies of the Year 2017 program identifies companies which are revolutionizing the decision making and business growth process, and winning a spot on this list indicates the company has not only distinguished itself from peers by proving itself as one of the fastest growing companies but also helping other companies to gain momentum in the marketplace,” said Sreshtha Banerjee, Editor-in-Chief of The Silicon Review Magazine. The publication has selected OnSIP based on its financial growth, ability to retain customers, frequent innovation, and contribution to the IT sector at large.

“We are so proud and humbled to be recognized by The Silicon Review on their 50 Fastest Growing Companies of the Year 2017 list,” says OnSIP CEO and Co-Founder Michael Oeth. “OnSIP has been committed to innovation from day one, creating solutions that give businesses invaluable ways to enrich employee collaboration and customer outreach. We are excited to have recently welcomed our 80,000th customer account.”

OnSIP, founded in 2004, has architected a cloud phone system and collaboration platform that has earned a patent from the U.S. government. Detailed in a recent interview with The Silicon Review, Mike Oeth explains how the company’s early focus on their platform has given them the freedom to innovate in their cloud communications service.

A couple distinctive features of OnSIP’s UCaaS platform (made possible by the company’s embrace of the open source project, WebRTC) include:

Features such as these illustrate one of OnSIP’s key missions: to move business calls to the web for better user experiences and call quality. The company has earned honors as a Gartner Cool Vendor in Unified Communications and one of CIOReview’s 20 Most Promising Unified Communications Solution Providers of 2016.

Founded in 2004, OnSIP is a leading provider of real-time communications (RTC) services to over 70,000 customer accounts. OnSIP® Business VoIP customers enjoy the benefits of an on-demand phone system without the traditional high cost, burden, and inflexibility. The company also offers a cloud platform and simple APIs for developers to rapidly and affordably build RTC applications of their own. For more info, visit: https://www.onsip.com/.