Dr. David Samadi offers his commentary on a recent study finding men younger than 60 with high-risk localized prostate cancer (PCa) have a better overall survival rate when treated with surgery vs radiation. 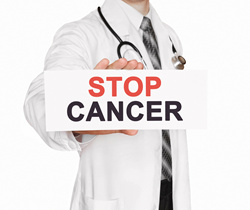 I would like to add that surgery for prostate cancer involves removing the entire prostate which allows for more accurate staging and grading. This allows me to develop a better long-term plan of care for men I see

A recent study presented at the 2017 American Society of Clinical Oncology annual meeting in Chicago found men with high-risk prostate cancer younger than the age of 60 who had as their initial treatment a radical prostatectomy (RP) instead of radiation (RT) had a significant 48% improvement in overall survival with RP at a median follow-up of 50 months.

“This is what I would expect to find from a study such as this,” said Dr. David Samadi. “As an experienced surgeon having performed thousands of robotic prostatectomies, surgery has a host of benefits with far fewer side effects associated with it than radiation therapy.”

Using the National Cancer Data Base, this large study analyzed 16,944 high-risk PCa patients under the age of 60 who had Gleason scores of 8 to 10 PCa with no metastasis or nodal involvement. Out of the total number of men involved with the study, from 2004 to 2013, 12,155 of the men had RP while 4,789 men had external beam radiation (EBRT) either alone or with brachytherapy as their initial therapy. Hormone therapy was also used on the majority of RT patients (82.5%).

Over the course of a median follow-up of 50 months, using statistical modelling, RP was associated with a longer overall survival when compared to men who received RT. The estimated survival rate at 8 years tipped the advantage also to surgery – 85.1% in RP vs 74.9% for RT.

“When a younger man has high-risk prostate cancer, it generally makes sense to choose surgery over radiation. Radical prostatectomy has many advantages over radiation which include shorter recovery times, less pain, and from what this study is showing, the prostate cancer is removed with a higher cancer control and survival rate,” explained Dr. Samadi. “External beam radiation therapy that was used on some of the men in the study targets the prostate gland with beams of radiation from outside the body. There are typically five treatments a week over a course of an eight-week period.”

Dr. Samadi went on to add, “In addition to frequent treatments that take up time, radiation can have numerous side effects such as increased fatigue, rectal bleeding caused by the radiation in addition to a higher probability of developing erectile dysfunction along with bladder or urinary problems such as incontinence.”

Surgical treatment of high-risk localized prostate cancer remains the current standard of care in younger men. “I would like to add that surgery for prostate cancer involves removing the entire prostate which allows for more accurate staging and grading. This allows me to develop a better long-term plan of care for men I see,” stated Dr. Samadi. “There can be a place for radiation as an option for patients following surgery to further treat prostate cancer if more treatment is required. But, the most decisive plan of attack for localized prostate cancer is still surgery. For most men, anything else, including radiation, is less targeted, less effective, and less definitive.”