Erick Robinson, a leading expert in Chinese patent law and litigation as well as antitrust law, has been selected as one of the top IP Strategists for the third consecutive year. Mr. Robinson is Director of Patent Litigation at Beijing East IP and author of http://www.ChinaPatentBlog.com. 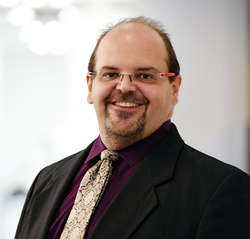 "I am honored to have been selected again for this honor, and appreciate IAM, my colleagues, and clients for making what I do possible."

Leading Chinese law firm Beijing East IP announced today that its Director of Patent Litigation, Erick Robinson, was named to the 2017 edition of IAM Strategy 300 -- The World's Leading IP Strategists. This is the third consecutive year that Mr. Robinson was selected as a top intellectual property specialist.

Mr. Robinson thanked IAM and his colleagues and clients for selecting him. "I am honored to be the first senior US patent litigator working at a Chinese law firm, and particularly thankful for being able to work with Dr. Lulin Gao, the 'Father of the Chinese Patent System.' Dr. Gao is a major reason why China is where it is, and had the foresight to help create a patent system that supports innovation throughout the Middle Kingdom."

Erick Robinson is an expert in Chinese patent law, patent litigation, antitrust law, and business strategy. He is currently Director of Patent Litigation for Beijing East IP in Beijing, China, where he leads patent litigation, licensing, and prosecution as well as competition and antitrust efforts for Chinese and Western entities ranging from SMEs to Fortune 100 companies.

Mr. Robinson is an experienced U.S. patent attorney and trial lawyer with a technical background in computer science and physics, as well as biotechnology, pharmaceuticals, and oil & gas. He is a trusted authority on patent and antitrust law in China. Erick Robinson is the author of the award-winning China Patent Blog (http://www.ChinaPatentBlog.com) as well as numerous articles on Chinese patent litigation. Mr. Robinson is frequently quoted in the Wall Street Journal, Financial Times, Intellectual Asset Management, Intellectual Property Magazine, the Global Times, and other publications on Chinese patent and antitrust issues.

Before joining Beijing East, Mr. Robinson was Chief Patent Counsel for a major international law and consulting firm in Beijing. He previously served as Director of Patents for Qualcomm in Asia, where he managed a broad range of IP issues ranging from patent drafting, prosecution, licensing, and litigation, to regulatory, policy, and antitrust matters. He also managed open source issues for Qualcomm Atheros, and created, implemented, and enforced open source protocols. Before Qualcomm, Erick managed patent and open source matters for Red Hat.

Mr. Robinson began his legal career at a Wall Street law firm negotiating and drafting technology agreements, and then moved to Texas, where he managed and tried patent cases for top U.S. law firms Weil Gotshal and McKool Smith. During his time in Texas, he managed bet-the-business patent cases on both the plaintiff and defendant side for Fortune 100 companies to sole inventors.

As a U.S. patent attorney and experienced American trial lawyer, Erick Robinson now helps companies in the United States, Canada, and Europe protect their technologies in the sometimes-confusing Chinese market. He also works with Chinese companies to maximize the value of their IP domestically and around the world. As a litigator, prosecutor, businessperson, and former in-house counsel, Erick provides unique insight and strategy for companies to achieve success in China.