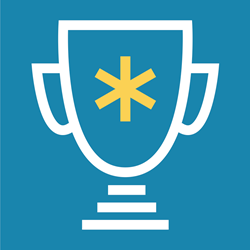 While only one organization will win the $100,000 prize, all our semifinalists can gain powerful new knowledge.

The Drucker Institute at Claremont Graduate University has named the 50 semifinalists for the 2017 Drucker Prize.

Out of 252 applicants, here are the 50 organizations selected by first-round judges to have best met Peter Drucker’s definition of innovation—“change that creates a new dimension of performance”—and made a meaningful difference in the lives of the people they serve:

These 50 nonprofits now qualify for The Drucker Prize's second round. Their leaders will be asked to go through a series of mini-courses featuring insights from some of today’s top thinkers on management and leadership, as well as the timeless wisdom of Peter Drucker. Round 2 semifinalists will be asked both whether their organization currently uses the principles presented, as well as how they could put into practice any new ideas that they’ve learned.

Round 2 of The Drucker Prize platform is now open to semifinalists via our website. The submission deadline for Round 2 is August 4, 2017 at 5pm Pacific Time.

“We are pleased to announce the 50 semifinalists, and to welcome them to Round 2 of The Drucker Prize. They now have the chance to learn from some of today’s top thinkers on management and leadership, including Jim Collins, BoardSource, The Bridgespan Group and others. While only one organization will win the $100,000 prize, all our semifinalists can gain powerful new knowledge,” said Zach First, executive director of the Drucker Institute.

The 10 finalists for this year’s Drucker Prize will be announced on August 31. At that time all of the resources from the learning platform will be made available to the entire social sector.

Administered annually since 1991, The Drucker Prize, formerly known as the Peter F. Drucker Award for Nonprofit Innovation, is given to a social-sector organization that demonstrates Drucker’s definition of innovation: “change that creates a new dimension of performance.” The judges look for programs that are highly effective and have made a difference in the lives of the people they serve, as well as for those organizations that demonstrate a capacity to further leverage the discipline of innovation.

Hailed by Businessweek magazine as “the man who invented management,” Peter Drucker not only consulted for major corporations; he also advised the Girl Scouts of the USA, the Red Cross, the Salvation Army and countless other social-sector organizations. He called the nonprofit “America’s most distinctive institution.”

If you have questions about the application or prize process, please contact druckerprize(at)drucker.institute.

About the Drucker Institute

The Drucker Institute is a social enterprise based at Claremont Graduate University. Our mission is strengthening organizations to strengthen society. Our programming—for the corporate, nonprofit and public sectors—is built on a foundation of YESTERDAY/TODAY/MONDAY*. "Yesterday" refers to the fact that our work is grounded in Peter Drucker's timeless wisdom. "Today" speaks to the urgency that we know organizational leaders feel to successfully meet their greatest challenges and opportunities. And "Monday" points to our proven ability to help executives move quickly from ideas to action to results, just as Drucker urged his own consulting clients: "Don't tell me you had a wonderful meeting with me. Tell me what you're going to do on Monday that's different." For more, visit drucker.institute

Founded in 1925, Claremont Graduate University is one of a select few American universities devoted solely to graduate-level education with more than 2,000 students pursuing graduate degrees in more than 20 distinct areas of study. The university belongs to a consortium of schools in Southern California that includes Pomona College, Pitzer College, Claremont McKenna College, Scripps College, Harvey Mudd College, and Keck Graduate Institute.  Students are encouraged to look beyond the traditional disciplinary divisions and define their own unique program of study—CGU’s transdisciplinary trademark.  CGU’s other distinctions include serving as the home of the Peter F. Drucker & Masatoshi Ito Graduate School of Management and the annual Kingsley and Kate Tufts Poetry Awards.