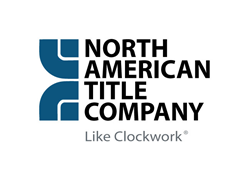 Larry is an incredible addition to our team, resulting from his years of experience in this business, paired with his extraordinary energy.

North American Title Co. (NATC) has hired Larry DiMare as assistant division manager for Alameda, Contra Costa and Solano counties. DiMare has been in the title industry for over 18 years, working in nearly every county in the Bay Area but spending the majority of his career in Contra Costa and Alameda counties.

“Larry is an incredible addition to our team, resulting from his years of experience in this business, paired with his extraordinary energy,” said Kelli Nielsen, senior vice president, NATC division manager. “Throughout his distinguished career, he has demonstrated unwavering passion and commitment to developing talent and cultivating successful teams.”

“North American Title is pleased to have him onboard and excited about our future together,” added Nielsen.

DiMare spent nearly 19 years with a national title company, working as a sales representative, sales manager and then as vice president, county manager. He graduated from the University of San Francisco with a degree in business.

“My greatest passion as a manager is to recruit good people, place them within a positive work environment, and encourage them to be and do their best every day,” said DiMare. “And while I thrive on the sales side of the title industry, I have also worked the escrow side. My ability to understand both facets of the business will enable me to drive collaboration and positive outcomes across the operation.”

About North American Title
With more than 1,200 associates and a network of branches from coast to coast, North American Title Group, LLC (NATG) is among the largest real estate settlement service providers in the United States. Consisting of both agent and underwriter operations, NATG reported total gross revenues in fiscal 2016 of $360 million. The company also has the resources and stability of a wholly owned subsidiary of an S&P 500 company with over $15.3 billion in assets (fiscal year ending Nov. 30, 2016). North American Title’s agency network operates nationally under the name North American Title Co. and similar names (NATC) in 18 states: Arizona, California, Colorado, Delaware, Florida, Illinois, Indiana, Maryland, Minnesota, Nevada, New Jersey, New York, North Carolina, Pennsylvania, South Carolina, Texas, Utah and Virginia, in addition to the District of Columbia. Through its relationship with an expanding affiliate network, NATC provides real estate settlement services in all 50 states. NATG is headquartered in Miami, Florida. To learn more, visit http://www.nat.com