A new study by Queendom.com & PsychTests.com comparing the emotional intelligence of younger and older men reveals that the latter group continues to struggle against their emotional side. 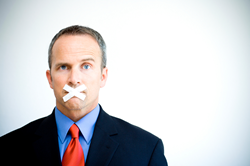 Young men continue to hold back from expressing their emotions.

As boys grow up, they’re told to ‘man-up’, ‘toughen up’, or ‘act like a man’ when they face a difficult time, which translates to not showing any form of emotion that would be considered weak.

It’s hard not to ignore the common theme of male characters in movies: The stoic silent type that doesn’t blink an eye in the face of danger, the bad boy who is always emotionally out of reach, or the gruff male character who prefers to display his feelings in actions rather than words. It seems that aside from anger, most male characters rarely show their emotional side. And sadly, it seems that art may be imitating life – or perhaps even the reverse.

Analyzing data from 4203 people who took their Emotional Intelligence Test, researchers at Queendom looked into how men deal with their emotions. What their study revealed was an evident difference between the emotional attitude of younger and older men. While both groups (men under 40 and men over 40) still struggled to accept their emotional side, the problem was more prominent for the younger age group.

“We’ve done a great disservice to men – and while it’s partly a media issue, the root of the problem starts in the home,” explains Dr. Jerabek, president of PsychTests, the parent company of Queendom. “When a little boy cries, family members will discourage the behavior, telling him that he’s ‘a big boy, not a baby’. As boys grow up, they’re told to ‘man-up’, ‘toughen up’, or ‘act like a man’ when they face a difficult time, which translates to not showing any form of emotion that would be considered weak, like fear, anxiety, or sadness. Yet at the same time, many women complain that their boyfriend or husband is distant, and that he doesn’t share his emotions. So men are constantly being bombarded with these wildly mixed messages. And the result is destructive. We end up with men who don’t know how to deal with their emotions, or who are only able to show ‘appropriate male emotions,’ like anger. As our study shows, this is particularly true for younger men. They either deny their feelings, or keep them pent-up, unable to cope with them. The problem is, bottled-up emotions will find their way out eventually, often by lashing out in what seems like anger. But anger can often mask emotions that men are unwilling to show, like fear and sadness. I think it’s about time that we stop sending mixed messages to men about the appropriateness of their emotions, and allow them to express what they really feel – without judgment.”

Want to assess your emotional IQ? Check out https://www.queendom.com/tests/access_page/index.htm?idRegTest=3978

Professional users of this test can download a sample report for the MEIQ - R9 (Multidimensional Emotional Intelligence Quotient - 9th Revision) or request a free demo for any assessment from ARCH Profile’s extensive battery: http://hrtests.archprofile.com/testdrive_gen_1

For some men, “Connect with my feelings” does not top their list of priorities.Compared to older men, younger men find it difficult to face their own as well as other people’s emotions.