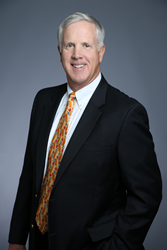 It has been a privilege, over the several terms that I have served, to be a part of the Governor’s Continuing Care Advisory Council in Florida...

“It has been a privilege, over the several terms that I have served, to be a part of the Governor’s Continuing Care Advisory Council in Florida. The senior living landscape in Florida, as in many other states, is rapidly evolving and we all need to commit our talents and resources to make sure this industry continues to grow strategically, rather than randomly, and serve seniors in the right way. The Governor’s Council plays an integral part in maintaining a balance between the regulatory environment and the ‘market’ which is trying to bring innovation and new ideas to this sector in an effort to expand and improve services. Continuing care retirement communities in Florida need to be a part of this movement and have the tools to be able to do so to remain relevant, but to do so in a way that assures the continued confidence of all constituencies within the state,” commented Mr. Scanlon.

Mr. Scanlon joined the senior living team at Ziegler in November 1993. He opened the firm’s office in St. Petersburg, Florida, to serve the investment banking needs of not-for-profit senior living providers located in the southern United States and is one of the longest tenured bankers in the senior living sector. Mr. Scanlon has 27 years of investment banking experience to the senior living industry. He has been responsible for the structuring of more than $4.5 billion in healthcare bond issues for not-for-profit senior living providers ranging from small campus expansions to large start-up communities utilizing a complex plan of finance. Rich has been a strategic partner to a number of the largest multi-facility providers and single-sites with communities located in the southeast. In Florida, the multi-site communities include SantaFe Senior Living (three transactions for $314.9 million), Shell Point (six transactions for $354.6 million) and Lifespace (seven transactions for $159.6 million). Florida single-site client communities include Fleet Landing, Village on the Isle and Waterman Communities. Rich completed Ziegler’s first Bond Anticipation Note (BAN) financing in January 2007 and has subsequently completed three additional BANs issues to assist organizations with their start-up community growth objectives.

With the continued evolution, growth, and maturation of senior living providers in the south, Mr. Scanlon has been called upon to make available the full range of Ziegler’s resources and research specialists allowing the firm to become a key strategic partner for multi-facility providers looking to reposition themselves or expand into new markets.

Mr. Scanlon is a frequent speaker on senior living finance and strategy issues on both the state and national levels. He has been appointed to multiple terms for the Governor’s Continuing Care Advisory Council in Florida. In 2008, Rich received the Herbert Shore Leadership Award from the Coalition for Leadership in Aging Services (CLAS formerly RHP) and was a member of the CLAS Advisory Board for eight years.

For more information about Ziegler, please visit us at http://www.ziegler.com.

Ziegler is a privately held investment bank, capital markets, wealth management and proprietary investments firm, celebrating its 115th anniversary this year. Ziegler is ranked No. 1 in the country in healthcare/senior living underwriters by issuance and No. 4 by par amount (Thomson Reuters, 2016), and is ranked in the top 20 municipal underwriters in the country by volume (Bloomberg, 2016). Specializing in the healthcare, senior living, education and religion sectors, as well as general municipal and structured finance enables Ziegler to generate a positive impact on the communities it serves. Headquartered in Chicago with regional and branch offices throughout the United States, Ziegler provides its clients with capital raising, strategic advisory services, equity and fixed income sales & trading, wealth management and research. To learn more, visit http://www.ziegler.com.