As one of the most visible and recorded composers of his generation, Richard Danielpour was drawn to Yamaha by the quality of its pianos, its leading-edge music technology and its unmatched service and support team 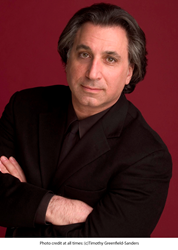 “I have admired the music of Richard Danielpour for many years. He is unquestionably one of the most revered composers living today,” said Yamaha Artist Services Director Bonnie Barrett.

Richard Danielpour, one of the most sought-after composers of our time, has joined the distinguished family of Yamaha Artists. Mr. Danielpour’s remarkable oeuvre includes works for orchestra, chamber orchestra, wind and brass ensembles and band, as well as solo piano, ballet and opera. He was drawn to Yamaha by the quality of its pianos, its leading-edge music technology and its unmatched service and support team.

“My first piano was a Yamaha and I am still in love with it,” says Mr. Danielpour. “In recent years, I have played a number of Yamaha concert grands, and I am so impressed with them, not only because of how they ‘sound,’ but also because of how they ‘feel.’ Above all other instruments, when I play a Yamaha, I am at home.”

As one of the most visible and recorded composers of his generation, Mr. Danielpour’s list of commissions includes some of the most acclaimed artists of our day, including Yo-Yo Ma, Jessye Norman, Dawn Upshaw, Emanuel Ax, Gil Shaham, Frederica von Stade and Thomas Hampson, as well as the New York City and Pacific Northwest Ballets, among numerous others.

In 2016, Mr. Danielpour had seven world premieres in the United States. Most notable among them was Talking to Aphrodite, a song cycle for voice and string orchestra, which he wrote in collaboration with Erica Jong and premiered at Carnegie Hall in December 2016. He is currently working on an 80-minute oratorio, The Passion of Yeshua, which will premiere in July 2018 at the Oregon Bach Festival.

“I have admired the music of Richard Danielpour for many years. He is unquestionably one of the most revered composers living today,” says Yamaha Artist Services Director Bonnie Barrett. “His music is simply beautiful and his body of work is impressive. Richard’s remarkable output will undoubtedly become a legacy that future musicians will cherish and embrace. I am proud that he has chosen Yamaha to be his partner and piano of choice.”

Ms. Barrett and Mr. Danielpour envision an artistic collaboration that supports Mr. Danielpour’s composition and teaching work, while highlighting the leading-edge music technology and product development of Yamaha. In the fall of 2017, Mr. Danielpour will relocate from New York City to Los Angeles, where he will become a fully tenured Professor of Composition at UCLA. He will also continue to teach at the Curtis Institute of Music in Philadelphia. To help balance these new, bi-coastal responsibilities, he looks forward to using Yamaha “Remote Lesson” advanced distance learning technology that enables highly nuanced performance data—the actual key strokes and subtle pedal movements made by a performing artist—to be transmitted back and forth between similarly equipped instruments over the internet, with perfectly synchronized video streaming between the two locations.

A faculty member of the Manhattan School of Music, Mr. Danielpour has received the American Academy of Arts & Letters Charles Ives Fellowship, a Guggenheim Award, the Bearns Prize from Columbia University, and fellowships and residencies from the MacDowell Colony, Yaddo, Copland House and the American Academies in Berlin and Rome.

Mr. Danielpour is one of the most recorded composers of his generation; many of his recordings can be found on the Naxos and Sony Classical labels. In 1999, he became only the fourth composer, other than Stravinsky, Copland and Glass, to sign an exclusive recording contract with a major American recording label, CBS/Sony. A graduate of Juilliard, Danielpour studied directly with Vincent Persichetti and Leonard Bernstein.

Since 2005, Yamaha Artist Services New York has been in the heart of midtown Manhattan on Fifth Avenue and 54th Street, in an historical landmarked 1925 building which originally served as Aeolian Hall, the headquarters of the Aeolian Piano Company. Designed by Warren & Wetmore, the architects of other notable buildings in New York City (Grand Central Terminal, the former Steinway Hall on 57th St.,) the building later became the headquarters for Elizabeth Arden. Occupying over 4,000 square feet, the Yamaha Artist Services Piano Salon features an elegant performance venue seating up to 90 and houses a large selection of concert-ready Premium Pianos of various sizes, including the acclaimed Yamaha CF series (CFX, CF6, CF4,), Bösendorfer, and Disklavier instruments, as well as the innovative AvantGrand hybrid and TransAcoustic pianos. Led by Yamaha’s Chief Concert Technician, Yamaha Artist Services also provides outstanding technical support for concert venues and artists throughout the United States.

It is a versatile space hosting instrument selections for artists, concert venues and educational institutions; rehearsals, recitals, auditions, masterclasses, press receptions, lectures and film screenings. The Piano Salon has been at the forefront of showcasing Yamaha’s groundbreaking RemoteLive and Remote Lesson technologies, a groundbreaking and innovative way of delivering a live performance or pedagogical experience by linking two or more Disklavier pianos together, anywhere in the world, in perfect synchronization with video streaming.