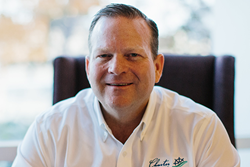 "The alignment between LifeCenters and Charter Senior Living will first be borne out in the new senior living community in Hampton Cove, Alabama."

LifeCenters Communities for Seniors is pleased to announce its partnership with Charter Senior Living based in Naperville, IL. Charter will be the operator for an upcoming community in Hampton Cove, Alabama, slated to begin construction in the fall of 2017.

LifeCenters is a senior housing development company that partners with the best to build communities offering Independent Living (IL), Assisted Living (AL) and Memory Care (MC). LifeCenters purchases more land than the senior housing campus requires then parcels out adjacent land to bring in complimentary businesses and services. By planning ahead for the mixed-use of medical office buildings, restaurants, coffee shops or even residential condos – they create community around community.

Jeff Tallman is LifeCenters’ founder and CEO, “The success of these projects largely hinges on the operator, that’s where the heavy lifting is done. Charter’s CEO and founder, Keven Benemma, brings nearly 25 years of success in senior living to the table. He has held positions ranging from Certified Nursing Assistant (CNA) to Chief Operating Officer (COO). The team that he has put together is stellar and what they continue to accomplish is impressive. We are excited about this relationship and we’re confident that LifeCenters and Charter will partner on more projects in the near future.”

“We spoke with other potential operators during our search,” explains Tallman, “but the thing that drew us to Keven was our shared vision. When we started talking about creating community around community he jumped right in and gave us examples of how Charter was looking down that road already. We also share the same philosophies on resident care, employees, the sales process and our faith. It’s a great fit.”

The alignment between LifeCenters and Charter Senior Living will first be borne out in the new senior living community in Hampton Cove, Alabama. The planned 190 unit project will feature IL, AL and MC, compromise almost 183,000 square feet and is surrounded by a beautiful Robert Trent Jones golf course. “Jeff and his team really knocked it out of the park with this site.”, says Bennema. “In almost 25 years in the business I haven’t see many better locations. We are honored to be able to serve the families and local businesses of the Hampton Cove area and very much look forward to getting involved in the community and getting to know our neighbors.”

LifeCenters has other projects in the pipeline and information on that, and more, can be found on their website.