FGCAR: There is No “Retail Apocalypse”

Despite reports to the contrary, the U.S. retail industry is alive and well and steadily growing. However, retailers, developers and municipalities must act quickly to keep pace—and continue to reap the benefits—as the art of shopping is transformed. 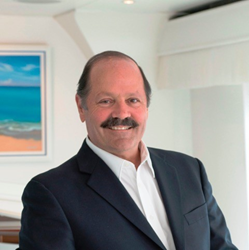 Early in January, Macy’s released a list of 68 stores it would be shuttering nationwide in 2017.1 This was followed the next day by an announcement from Sears of 150 scheduled closings, a total that later swelled to more than 250.2 Less than a month later, JCPenney announced plans to close 138 stores.3 “People started talking about a ‘retail apocalypse’ as if one of the largest industries in the United States was somehow mysteriously disappearing. However, what’s happening to retail is not extinction, but change. “Retail itself is alive and well,” says Brian Andrus, president of the Florida Gulfcoast Commercial Association of Realtors®.

Andrus notes that while retail spending fluctuates with the economy, U.S. retail sales has a long-term average annualized growth rate of 4.18%, significantly higher than the GDP.4 Online shopping, which bypasses the store entirely, has grown rapidly over the past decade and is definitely a factor in decreased store traffic; however, by the first quarter of this year, online sales amounted to only 8.4% of total retail volume, not exactly a vanquishment of brick and mortar activity. Moreover, a 2014 study by consulting firm A.T. Kearney found that 95% of all retail sales are captured by retailers with a brick-and-mortar presence, and that two-thirds of consumers who purchase online use the store before or after the transaction.5 Clearly, the store is far from being extinct.

It is, however, changing. A recent analysis in Forbes looked at some of the reasons that while there is no retail apocalypse as such, and why some retailers are flourishing while others struggle.

Andrus points out that the “apocalypse” scenario is given validated by out-of-date personnel classifications. Specifically, the U.S. Bureau of Labor Statistics counts as retail workers only those people who actually work in stores.7 The vast majority of the jobs being lost in the retail industry are in-store workers, which leads the statistic to be compared with other areas of down trending activity (e.g. coal mining. Yet, Amazon has recently announced plans to hire 50,000 workers, and has recently held job fairs in four cities.9 The fact that they all work in the retail industry, the fact that they work in this different capacity negates them from being counted. This paints a false illusion. None of those employees—as the well as the workers at rapidly growing tech centers such as macys.com—will be counted as retail employees.

“The important thing to remember,” Andrus says, “is that retail is going to continue to change and continue to need to change rapidly over the coming decades. It requires forward-looking, nimble action on the part of property owners, asset managers and the commercial real estate industry. To avoid dead spots—and to make sure commercial neighborhoods reflect the real vibrancy of our communities—we have to work together and be both passionate enough and professionally skilled to make the right moves. Commercial realtors that are true professionals are a vital part of making this happen. We look forward to working even more closely with developers, municipalities, and the entire Florida business community.”

Brian Andrus
As president of the Florida Gulfcoast Commercial Association of Realtors®, Brian Andrus brings a distinguished background of experience to this organization which provides the Tampa Bay region with a solid source of professional expertise and ethical accountability in the field of commercial real estate. He is managing broker at Stonebridge Real Estate Co., a commercial and residential real estate brokerage in Clearwater, FL. Prior to becoming a real estate broker, Andrus had an extensive 17-year career as a personal and management consultant. In addition to extensive formal training, he is an experienced investor and real estate commercial owner, providing hands-on experience. He is licensed as a real estate broker in both California and Florida. Over the past 20 years, he’s earned the CCIM (Certified Commercial Investment Member) and the ALC (Accredited Land Consultant) accreditations, both requiring volume sales and experience. There are only as estimated 300 people in the U.S. who have both accreditations, and only about 35 in the state of Florida. As president of the Florida Gulfcoast Commercial Association of Realtors, Andrus is charged with a goal of increasing the $4 billion of commercial real estate transactions done annually by its members and affiliates while maintaining their professionalism.