Over 1000 marches, actions, events and rallies will take place in all 50 states, as part of Campaign Nonviolence’s upcoming “Week of Actions” culminating on International Day of Peace. People nationwide are joining together to urgently insist on unity and peace. 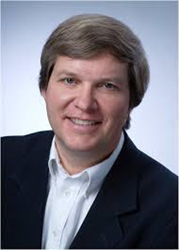 Rev. John Dear is a nationally known peace activist and cofounder of Campaign Nonviolence who has authored 35 books, and is Nobel Peace Prize nominee

"Americans want a positive vision of hope and peace for our country and the world. During this week of national action, we are mobilizing grassroots initiatives to speak out against the culture of violence, greed, and war." Rev. John Dear.

Thousands will be participating in Campaign Nonviolence’s “Week of Actions” from September 16-24, 2017. This unprecedented nationwide campaign of grassroots activism calls for an urgent unifying peace that is free from racism, war, poverty, and environmental destruction.

Campaign Nonviolence has grown from 230 events in its inaugural year of 2014, to more than 1,000 events today.

“Americans need a positive vision of hope and peace for our country and our world,” said the Rev. John Dear, the nationally known peace activist and cofounder of Campaign Nonviolence who is Nobel Peace Prize nominee and author of 35 books. “During this week of national actions, we are mobilizing local grassroots initiatives to end today’s culture of violence, greed, and war. We are engaging the vision and tools for nonviolent change that Mohandas Gandhi, Dr. Martin Luther King, Jr., and many others have activated for personal and global transformation.”

Following are a sampling of planned events.

For a list of peacemaking rallies, with states and cities, descriptions, organizations and contact information, please visit: actions.campaignnonviolence.org.

Campaign Nonviolence is sponsored by Pace e Bene, a nonprofit, tax-exempt organization founded in 1989 by the Franciscan Friars of California. Campaign coordinators Ken Butigan and Father John Dear teach that nonviolence most effectively characterizes Jesus’ way. “It is a way that combines both the unmistakable rejection of violence, and the power of love and truth in action for justice, peace, and the integrity of creation.”
For more information please visit: http://www.paceebene.org/about.