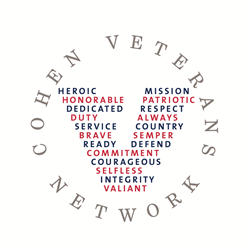 "This series will deliver invaluable knowledge to those interested in the assessment and prevention of suicide risk,” says Dr. Anthony Hassan, CEO & President of the Cohen Veterans Network.

The Cohen Veterans Network is working to lower the disappointing high number of veteran suicides by offering a series of webinars and messaging for the public during national Suicide Prevention Awareness Month. This issue holds the utmost importance in the veterans’ community.

September is national Suicide Prevention Awareness Month and the initiative holds the utmost importance in the veterans’ community. The Cohen Veterans Network is working to address this by offering a series of webinars and messaging for the public to combat the issue.

Suicide is the 10th leading cause of death in the United States, and veterans account for 18% of all suicide deaths, according to the Department of Veterans Affairs.

“The Cohen Veterans Network was created to get ahead of this issue, and engage veterans earlier in the process before suicidal thoughts develop,” says Dr. Anthony Hassan, CEO & President of CVN. “We realize that there is a major educational component for the field of mental health as well as caregivers and family members of veterans. This series will deliver invaluable knowledge to those interested in the assessment and prevention of suicide risk.”

The series begins tomorrow with the session Veteran Suicide Data and VA Prevention Programs. This webinar will be run by Meghan McCarthy, Ph.D., Deputy Director of Suicide Prevention for the VA.

A week later the topic will be Suicide Risk Assessment, led by Sean Convoy, DNP, PMHNP-BC. On September 20, the session Safety Planning will be led by Gregory K. Brown, Ph.D. The series concludes on September 27 with Means Restriction and Talking to Suicidal Veterans About Firearms by Craig Bryan, Psy.D. Learn more or register here.

CVN has recently added the expertise of Dr. Caitlin Thompson to the team as Vice President, Risk Management & Program Evaluation. Thompson was most recently the Executive Director of the VA’s Office of Suicide Prevention, leading an integrated public health approach to suicide prevention for the nation’s 22 million veterans. Thompson recently received attention for her stance against the concept of an “Oath of Exit” in the military.

The network’s Vice President for Clinical Programs Crystal Shelton oversees the training program. Her career includes serving as an active duty social work officer in the U.S. Navy. During her time in uniform, she worked with infantry marines and combat instructors at the Marine Corps School of Infantry offering evidence-based interventions in the clinic and out in the training field.

CVN will provide Suicide Prevention Awareness messaging throughout the month on the CVN Blog from Shelton and Thompson, as well as the webinar series presenters. In addition, the public can look for information via Facebook and Twitter.

ABOUT THE COHEN VETERANS NETWORK