"A Luv Tale: The Series" is an 8-episode digital program that picks up where Smith's groundbreaking 1999 film left off 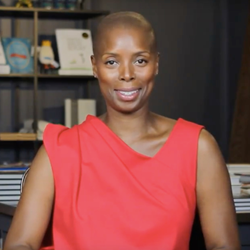 "I hope people will see it as an opportunity to support a project that will address real issues in the LGBTQ community, while bringing the entertainment and drama of shows like 'Insecure' and 'Sex and the City,'" says Sidra Smith, executive producer of "A Luv Tale: The Series."

Centered around the lives of four lesbians navigating friendship and love, the project won numerous awards, including the Audience Award at the Hollywood Black Film Festival. The story left off with a juicy plot twist, and though a bit ahead of its time when it debuted 18 years ago, Smith feels that now is the perfect time to bring "A Luv Tale" back, given the triumphs and challenges facing the LGBTQ community, and the advancement of digital programming.

"A Luv Tale: The Series" will be set and shot in Harlem, with an entirely new cast of fresh talent, picking up where the film left off. It will continue to examine love and friendship between four lesbians through a world of art, music and fashion. With wit and humor, the characters will face the challenges within the LGBTQ community and life itself: equality, diversity, inclusion, transgender issues and love.

"I hope people will see it as an opportunity to support a project that will address real issues in the LGBTQ community, while bringing the entertainment and drama of shows like 'Insecure' and 'Sex and the City,'" says Sidra Smith, executive producer of "A Luv Tale: The Series."

The movie, "A Luv Tale," was recently added to Amazon.com to stream, and has since become one of its most popular new releases, with no advertising. This shows the readiness of an audience that wants to see themselves depicted in film and television. Through the Indiegogo campaign, which has successfully helped to raise money for several independent productions, Sidra hopes to fully fund the first 8 episodes of the web series and a promotional tour. The tour will consist of screenings with panel discussions, giving an opportunity for diverse LGBTQ voices to be heard in select cities around the country.

Click on the following link to learn more about how you can get involved and earn rewards for your contributions: https://www.indiegogo.com/projects/a-luv-tale-the-series#/

ABOUT SIDRA SMITH
Sidra received an NAACP Image Award for producing the documentary, “Free Angela and All Political Prisoners,” an examination of the life and times of civil rights activist Angela Davis. “Free Angela” made its debut at the Toronto Film Festival to critical-acclaim and had a successful theatrical release through Lionsgate and AMC Theaters. Sidra is currently producing Lionsgate’s dramatic Angela Davis biopic. Sidra has been a longtime advocate for the LGBTQ community and believes that all of our stories should have an opportunity to be told.

A Luv Tale: The Series