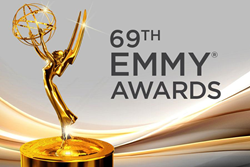 Hosted by Actor, Stephen Colbert, the Emmy Awards will honor the best in U.S. prime time television programming which aired from June 1, 2016 until May 31, 2017, as chosen by the Academy of Television Arts & Sciences.

This year the freshman HBO science fiction western drama Westworld and NBC sketch comedy Saturday Night Live are the most nominated programs, with 22 nominations each. Others include Netflix originals, The Crown and House of Cards. In 2013, Netflix became the first streaming service to win a Primetime Emmy Award. Only four years later, nearly half of the shows nominated for best comedy or drama come from streaming services like Netflix and Hulu, which has been nominated this year for their original series, The Handmaid’s Tale.