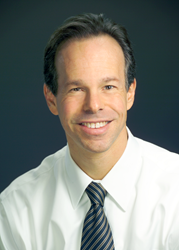 Michigan had better think long and hard about whether it wants Detroit Mayor Duggan and House Speaker Leonard as its designated drivers on reforming the entire state’s No Fault car insurance system. We may find ourselves in a ditch or, worse yet, going over a cliff.

“We may find ourselves in a ditch or, worse yet, going over a cliff.”

Duggan, who stands for re-election in November, previously backed the failed D-Insurance plan.

Although the details of the plan were not immediately available as the official version (House Bill 5013) had not yet been introduced in the Michigan Legislature, Gursten analyzed the plan.

Regarding the claim of price savings averaging 20% under the plan, Gursten calls it “an empty, unrealistic promise.”

Gursten notes that such savings were unlikely to pass given Senate Majority Leader Meekhof (R-West Olive)’s public pronouncements that such mandatory rate rollbacks would be “dead on arrival” in the Senate. Gursten also notes that, even if 20% rate reductions were to occur, Michigan drivers would still be paying the second highest rates in the country.

As for the plan’s proposal for allowing drivers to choose to substitute benefit caps for their currently unlimited No Fault benefits, Gursten notes the dangers of what will happen when a car crash victim’s medical expenses exceed the cap.

“Health insurance (assuming victims have it) and Medicare/Medicaid aren’t the safety net that politicians paint them out to be,” Gursten explains. That’s “because they have ‘auto exclusions’ and coverage limitations on products, services and accommodations that No Fault readily covers.”

Additionally, Gursten says Michigan car insurance companies only had themselves to blame if they believe — as it states on the Driver’s Choice Insurance page on the City of Detroit website — “[l]awsuits over auto crashes are exploding across the state.”

That’s because, Gursten notes, denials and cut-offs of No Fault benefits to car crash victims have been exploding — spiking 236% — and lawsuits are the only way for auto accident victims to force recalcitrant, bad faith insurers to pay what they legally owe.

About Steven M. Gursten: Steven Gursten is recognized as one of the nation’s top attorneys litigating serious auto accident injury and wrongful death cases. Steve is an active leader in many organizations, including President of the Motor Vehicle Trial Lawyers Association, Chair-elect of the American Association for Justice Traumatic Brain Injury Group and a Past Chair of the American Association for Justice Truck Accident Lawyer Litigation Group. He has been named a Michigan Lawyers Weekly Lawyer of the Year. Steve is also listed in Best Lawyers in America and is one of the Top 100 Lawyers in Michigan by Super Lawyers. He frequently lectures at legal seminars throughout the country on topics such as trial advocacy, truck accident litigation, the Michigan No-Fault law, traumatic brain injury and auto accidents.