Power Does Not Need To Corrupt: New Study Reveals That Power-Hunger Is Not Always Negative

A new Psychtests.com study profiling power-seekers indicates that they are driven by more than just a desire to wear the crown. 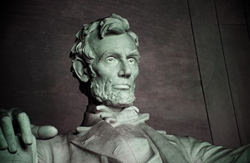 A drive to acquire power can itself be driven by a desire to do good.

It’s the motivation behind the desire for power that matters.

Some managers will think twice about hiring a job candidate who is motivated by power. Will they quit if they don’t get promoted in the first year? Do they have the skills to lead effectively or will they abuse their power? What companies may not realize - or will realize too late - is that while many managers have the expertise to take charge, some lack the personality to lead. However, recent research from PsychTests reveals that for many employees who are driven by power, it is not their sole or most important motivator - they are also driven by a number of “noble” factors.

Analyzing 738 people who took their Career Motivation Test, PsychTests’ researchers split the participants into two groups: Those who are highly motivated to be in a position of power at work and those who are not. What researchers discovered is that power-seekers are driven by many other motivators, including the following:

(Note: Scores range on a scale from 0 to 100; the higher the score, the stronger the motivator).

Employees with this motivator do not shy away from challenges. They have no qualms about shouldering a great deal of responsibility at work. They want to take ownership of how a project turns out, whether it’s a success or a failure.

Employees with this motivator want to leave a legacy behind, be it a new idea, theory, or invention. These are people who live and breathe their work, and who are determined to accomplish great things.

Individuals motivated by creativity are driven to express their originality through their work. They are energized by projects that push them to think outside the box. They are innovative and open-minded employees who always have a new idea floating around in their head, ready to be manifested.

People with this motivator love a fast-paced work environment – they detest idleness. They are very productive and want to be able to say at the end of the day that they accomplished something.

Employees driven by the desire to inspire others want their work to enlighten people. They want to be the catalyst that pushes humanity to feel and think differently.

Employees who are motivated by an altruistic impetus want a job that allows them to give back to the world in some way. They want to contribute to a worthy cause, be it directly through the work they do, or by means of donating their time or money to charities.

Individuals driven by social factors desire a job where they can be in contact with people. They are energized by social interaction and enjoy teamwork and sharing ideas with others.

People with this motivator have an insatiable hunger for knowledge. They desire a job that allows them to learn new skills and expand their intellectual horizons.

Individuals with a strong achievement motivation are driven by the sense of satisfaction that comes with reaching their goals or rising up to meet challenges at work. They want to see solid results for their efforts.

Individuals with this motivator work hard to make their customers happy. They are dedicated to providing the best service possible and truly desire to fulfill the needs of their clients.

“The pursuit for power is not necessarily driven by a sense of superiority or narcissistic tendencies,” explains Dr. Jerabek, president of PsychTests. “Many people want to move up the ranks because they believe that they will have more flexibility and freedom to make a difference, to initiate change, and to do what they are inspired to do. In our study, individuals who are determined to work hard in order to achieve a position of power also want to accomplish many others things. They want to express their creativity, inspire people, and give back to the world. They want to learn and do more. This flies in the face of many of our beliefs about what drives someone to desire power. It’s the motivation behind the desire for power that matters. It’s why some leaders can use their influence effectively without letting power get to their head - people like Abraham Lincoln, Winston Churchill, and Martin Luther King Jr.”

Want to determine what motivates you? Check out https://testyourself.psychtests.com/testid/3153

Not all people who pursue power do so for selfish reasons.Many are motivated by the following: