Study reveals rogue pharmacy websites are illegally advertising addictive and often deadly controlled substances and selling them directly to consumers through the Internet in direct violation of U.S. federal law. 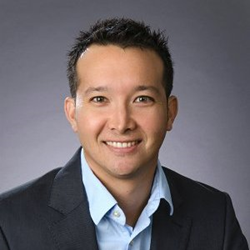 The sale of fentanyl, hydrocodone, oxycodone and other controlled substances via the Internet is not only in direct violation of the 2008 Ryan Haight Online Pharmacy Consumer Protection Act, but also exacerbates the opioid epidemic and puts Americans at risk of receiving counterfeit medicines.

Results from a new peer-reviewed study to be published in the November issue of American Journal of Public Health (AJPH) found illegal online pharmacies are using Twitter to market and sell hydrocodone, fentanyl and oxycodone and other highly addictive and often deadly controlled substances to U.S. consumers, in direct violation of U.S. federal law.

“Our methodology resulted in the analysis of 619,937 Tweets containing the keywords for addictive and highly-abused prescription drugs including codeine, Percocet®, fentanyl, Vicodin®, Oxycontin®, oxycodone, and hydrocodone over a five-month period from June to November 2015,” Dr. Mackey said.

“Of these, 1,778 Tweets were identified as marketing the sale of controlled substances online and 90% had imbedded hyperlinks, but only 46 were ‘live’ at the time of our evaluation.

Seven distinct URLs were identified as linked to websites marketing or illegally selling controlled substances online and included registry information from several countries including Pakistan; in 2016, two Pakistani nationals were sentenced by the U.S. Department of Justice for illegally shipping $2 million of pharmaceuticals worldwide, including $78 million worth of drugs to the U.S., through illegal pharmacy websites.

“As evidenced by our ﬁndings, extremely questionable vendors are illegally advertising highly addictive controlled substances and selling them directly to consumers via Twitter using different strategies, including through ‘no prescription required’ websites and online classified ads, without the necessary oversight of a clinician, regulatory agency, or state public health or law enforcement agency,” Dr. Mackey explained.

“At the time of the completion of our study, the rogue websites we identiﬁed remained active online, continuing to place the public at risk; in fact, one identified online pharmacy is still actively selling controlled substances online, almost two years after our data collection,” he added.

THE U.S. OPIOID EPIDEMIC AND ILLEGAL ONLINE PHARMACIES
The Ryan Haight Online Pharmacy Consumer Protection Act (RHA), named for a San Diego teen who died after purchasing prescription opioids online, was designed to respond to the growing use of the Internet to illegally market and sell controlled substances directly to consumers. The law states that “no controlled substance may be delivered, distributed, or dispensed by means of the Internet without a valid prescription.”

The U.S. Centers for Disease Control and Prevention (CDC) has declared a national opioid medication overdose epidemic, reporting that deaths attributable to controlled medications have more than quadrupled since 1999.

“However, the role of the Internet and its continued promotion of prescription opioid abuse remains inadequately addressed despite the passage of RHA in 2008," Mackey explained.

“Speciﬁcally, Internet technology is now ubiquitous – 84% of American adults use the Internet and 65% use a social networking site – fueling the growth of dubious pharmacy websites, estimated in the tens of thousands globally.”

Earlier this month, Operation Pangea X, which involved INTERPOL, police, and customs and health regulatory authorities from 123 countries, including the U.S., Canada and the EU, resulted in the removal of 3,584 illegal online pharmacy websites, and suspension of more than 3,000 illegal online advertisements for illicit drugs.

“Despite recent law enforcement efforts, there are still more than 30,000 illegal online pharmacies at any given time, and thousands of these websites advertise opioids without a prescription,” said ASOP Global Executive Director, Libby Baney.

“The results of Dr. Mackey’s study further evidence the need for continued vigilance against illegal online pharmacies that peddle controlled substances, counterfeit medicines, and other illegal products to patients around the world.”

ABOUT THE ALLIANCE FOR SAFE ONLINE PHARMACIES
Headquartered in Washington, D.C., the Alliance for Safe Online Pharmacies (ASOP Global) is an international non-profit organization dedicated to combatting illegal online pharmacies and counterfeit medicines through advocacy, research and education to make the Internet safe for consumers worldwide.