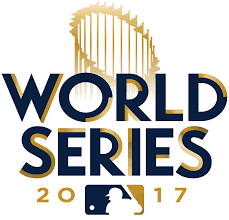 UBCF's print PSA "Batting for Breast Cancer", published in the World Series Program, raises awareness about breast cancer in women and men and informs those in need that support is available through UBCF’s programs.

This year it is estimated that 2,470 men will be diagnosed with breast cancer and 460 will lose their battle with the disease. One reason for such a high mortality rate is that men are not encouraged by health professionals to self-examine or be screened for breast cancer. UBCF encourages men to learn the male self-breast exam and to be routinely screened by a doctor. Further, seek second and third opinions - male breast cancer is often misdiagnosed in the early stages when it is most easily managed.

MLB’s World Series Program, now in its 113th edition, remains one of the most popular and arguably most fabled postseason collectibles in any sport. From the patriotic themes of the covers and advertisements during World War II, to a celebration of the space age in the 1960s, to the illustration of a baseball cap over a player's heart in October 2001, they offer not only a connection to the game's history, but a cultural narrative of the world around it. UBCF is pleased to be a part of the Official 2017 MLB World Series Commemorative Souvenir Game Program for the first time, expanding UBCF’s reach to a new audience.

The World Series is the annual championship series of MLB, between the American League and the National League, where the winning team is determined through a best-of-seven playoff. The 2017 World Series features the Houston Astros (American League) and the Los Angeles Dodgers (National League). Viewers at home can tune into Fox – games are scheduled for October 24, 25, 27, 28, 29, 31 and November 1.

UBCF is committed to offering breast health and wellness services focused on cancer prevention, screening, treatment and over-all wellness. UBCF’s mission, to make a positive difference in the lives of those affected by breast cancer, is carried out every day through seven life-supporting patient and family programs available to women, men and families nation-wide. UBCF never denies services to anyone regardless of age, race, gender, ethnicity, income or medical insurance coverage. If you are in need of breast health services, please visit UBCF at http://www.ubcf.org or call toll-free, 877-822-4287. Tax-deductible contributions may be made towards UBCF’s programs. UBCF accepts vehicle and property donations as well. Contributions may be mailed to UBCF, P.O. Box 2421, Huntington, NY 11743, or donate through the Combined Federal Campaign, #77934.