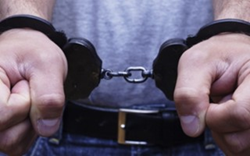 Monsters exist, but they are too few in number to be truly dangerous. More dangerous are the common men, the functionaries ready to believe and to act without asking questions. Primo Levi

Commercial Solar Power, Inc., uncovered material irregularities while conducting a forensic accounting audit on a recent project. As the auditors followed the money it led the auditors from Puerto Rico to Wall Street to Washington, DC. Multiple complaints were made to the Department of Justice and the Securities and Exchange Commission regarding billions in possibly fraudulent municipal bonds. The audit also uncovered billions of dollars that were missing from within the Puerto Rico Electric Power Authority. Neither Agency has released any information about the two-year-old investigations.

Commercial Solar Power believes that America needs an honest and unbiased system of justice and as such, will be using its limited resources to run PSA ads utilizing billboards, online ads, print ads and television commercials to build awareness about possible corruption.

Commercial Solar Power (CSP) expects the PSA Campaign to be up and running with an initial placement of four billboards in Puerto Rico, New York, Washington DC and Florida. Online advertising will begin this week with the Washington Post, Politico, Caribbean News Now, El Vocero and Facebook. CSP hopes to expand this effort as resources allow.

More information is available at http://www.wallstfraud.com

CSP was founded in 2010 to develop, engineer and construct large renewable energy power plants for major utilities. More information on CSP is available at https://www.youtube.com/watch?v=Ec1zQRTaty8

Puerto Rico Senate Hands Off Case to the FBINews Article