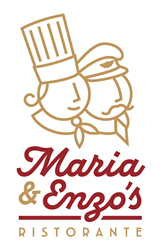 The restaurants, all new concepts created by PRG, each with unique menus, will form an expansive dining complex showcasing authentic Italian food and entertainment. They will be adjacent to The Edison, the lavish “Industrial Gothic”-style destination also being developed by PRG.

“I’m delighted to announce that we will be opening a trattoria named Maria & Enzo’s, as well as Enzo’s Hideaway, a separate restaurant in what were said to be rum-running tunnels, which is destined to become a local favorite,” said Valenti. “They are inspired by the cuisines of Sicily and Rome, the Italian family, and the best of Italian modern cooking.”

The new concepts tie into the Disney Springs storyline of a restored Florida waterfront town. “Our inspiration is to bring unforgettable food and wine from Italy to Florida, with the stunning scenery you only find at Disney,” said Valenti.

Maria & Enzo’s, Enzo’s Hideaway and Pizza Ponte are slated to open during this winter. For more information on Patina Restaurant Group visit http://www.patinagroup.com.

About Patina Restaurant Group
Patina Restaurant Group (http://www.patinagroup.com) is a bicoastal boutique company and leader in the premium segment of the restaurant industry.  In New York, its portfolio features Lincoln Ristorante, STATE Grill and Bar at the Empire State Building, Stella 34 Trattoria at Macy’s Herald Square, The Sea Grill at Rockefeller Center, Brasserie 8 ½, The Grand Tier Restaurant at the Metropolitan Opera, La Fonda del Sol at Grand Central, Yellow Magnolia Café at Brooklyn Botanic Garden and The Rink at Rockefeller Center. Other East Coast properties include Tutto Italia Ristorante and Via Napoli at the Epcot World Showcase in Lake Buena Vista, Fla, and Morimoto Asia Orlando at Disney Springs.

About Disney Springs
Disney Springs is a one-of-a-kind retail, dining and entertainment district located in the heart of the Walt Disney World Resort in Florida. With its namesake springs, beautiful open-air promenades and lakefront setting, Disney Springs evokes the charm of Florida waterfront towns at the turn of the 20th century. It’s also home to a collection of more than 150 shops and restaurants, including top-name retail brands, specialty boutiques and dining experiences created by celebrity and award-winning chefs. Located in Lake Buena Vista, Fla., Disney Springs is open daily.