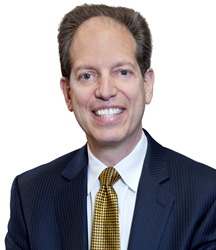 For retirees who don’t receive a pension, payments from a TCLAP could be their largest source of sustainable lifetime income, even greater than Social Security.

“With momentum building for tax reform, concerns about the long-term sustainability of Social Security, widespread lack of long-term care protection planning, and the failure of 401(k) plans to replace private pension plans that were once a cornerstone of our parents’ and grandparents’ retirement income, we have the perfect storm for Congress to introduce, and the President to sign, Tax Credit Longevity Annuity Plan legislation,” stated Bob in his Retirement Income Visions blog post, The Perfect Storm for a Tax Credit Longevity Annuity Plan.

Similar to a qualifying longevity annuity contract, or QLAC, which was enacted in 2014, the Tax Credit Longevity Annuity Plan, or TCLAP, would use one or more deferred income annuities, or DIAs, offered by life insurance companies as its chassis. If enacted, it would expand upon, and overcome, various shortcomings associated with QLACs. The most distinguishing feature would be that only nonretirement, or nonqualified, funds could be used to fund the plan, enabling exclusion of approximately 25% to 65% of each income payment from taxation.

In addition to favorable back-end taxation, TCLAP investors would also receive a tax credit on initial and subsequent premiums without any income restriction. The proposed lifetime investment limit of $750,000, which is six times greater than a QLAC, would allow retirees to receive much larger before- and after-tax periodic lifetime income payments than is possible with QLACs. Another key feature of TCLAPs would be the ability to withdraw funds to use for long-term care protection prior to the income start date.

When questioned about his TCLAP proposal, Bob said, “The proposed Tax Cuts and Jobs Act introduced by House Republicans on November 2nd includes no incentives for saving for retirement. The TCLAP is a timely idea that addresses multiple retirement planning challenges that keep pre-retirees and retirees up at night. For retirees who don’t receive a pension, payments from a TCLAP could be their largest source of sustainable lifetime income, even greater than Social Security. My proposal, with its widespread appeal, could be passed as stand-alone legislation or as part of a tax reform package.”

ABOUT ROBERT KLEIN AND RETIREMENT INCOME CENTER: Robert Klein, CPA, PFS, CFP®, CLTC, president and founder of Retirement Income Center and sole proprietor of Robert Klein, CPA, has been recognized for his expertise in retirement income planning, management, and protection for high net worth individuals and families. Bob has been quoted in various publications, including The Wall Street Journal, MarketWatch, Forbes, CNBC, and Yahoo! Personal Finance. Bob has also had 60 articles published as a RetireMentor for MarketWatch. Retirement Income Center is located at 5020 Campus Drive in Newport Beach, California.