When It Comes to Fighting Cancer, What You Don’t Know Can Harm or Even Kill You 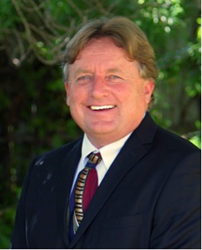 Just over 12 months ago, I was diagnosed with prostate cancer. If it weren’t for the fact that I’d seen my daughter fighting cancer for 18 years and saw her and other children battle this disease, I would have been under the kitchen table sniveling. Based on these past experiences, I was able to find comfort in that I knew which questions to ask and where to find the answers I sought. Decisions in the initial steps of a cancer diagnosis can be the most important, as well as the most costly if not enough research is considered. By sharing what I’ve learned, I hope to aid other families and individuals facing this menacing obstacle.

As my daughter battled her disease, I learned a cancer misdiagnosis is common. I met dozens of families whose children had been misdiagnosed, and many paid a huge price. According to a January 2, 2014 New York Times article, almost one third (28%) of all cancer diagnoses are incorrect.

I developed a simple rule – trust but verify. If you are making a decision that is pivotal to your treatment for a loved one or yourself, confirm it. That includes the information I’m sharing now.

I also learned which research centers you go to will make a huge impact on the outcome of your disease.

A big-name hospital isn’t necessarily the leader in your particular disease. It can’t be the leading expert in every disease. Hospitals make decisions on which diseases they commit to, in the way a department store selects which lines to carry. The challenging part for a patient becomes figuring out which centers are the leaders for your disease.

The centers committed to finding a cure for your specific disease will be years ahead of the rest of the field. When researching which center will work best for you, note that they will see the most patients and have the most experienced and knowledgeable medical team focused on your disease supported by the most experienced radiologists, pathologists, and labs. They have the latest and most advanced equipment. They usually have the best survival statistics. They know what the other leading centers in the rest of the world are doing. More than likely they will have a larger menu of options in case your front line treatment fails. They look for ways to reduce long-term side effects of treatments.

Even the leading experts will make extremely costly errors. Regardless of whom it is, it is your life or your loved one’s life at stake. Confirm!

When our daughter relapsed with neuroblastoma, the doctors told us she was not going to make it. My wife and I were convinced that there was a doctor out there that could save her life. We traveled all over the country, visiting with the top doctors at the top centers, reading all the literature, and attending cancer conferences. We found him and we found others like him.

While our daughter’s battle has been brutal, relapsing five more times and having three major surgeries, she is one of the lucky ones. The doctors have brought her back to a cancer-free state each time. She is still being treated with relatively no side effects. Not too long ago, our daughter finished college and got married.

My own issues began twelve months ago, when I started experiencing urination problems and needed to go to the bathroom more often in the middle of the night. I shared the symptoms with my family doctor during a physical. We looked at my past and current PSA blood tests (prostate–specific antigen) numbers and saw an increase to 2.85 from 1.27 in one year. While it was under the threshold of concern, according to my doctor (4.0 PSA score), I was still troubled because of the pronounced physical changes I experienced.

He wasn’t too bothered by the PSA numbers because my PSA score was below the threshold of concern. He also told me that one of the leading prostate cancer experts said that PSA tests are worthless.

I was mindful of the fact that as a man gets older, his prostate can grow causing these physiological changes without it being cancerous.

I have several websites that I check first for answers and information: M.D. Anderson, Memorial Sloan-Kettering, NCI (National Cancer Institute), and PubMed. I read several papers on PubMed stating there had been a significant increase in the diagnosis of late-stage prostate cancer due to leading experts making pronouncements years before statements that PSA tests were worthless.

NCI’s website spoke about a concept called velocity, which is when you have a greater than .75 increase in your PSA in one year. Should that occur you should have a conversation with your doctor about a prostate biopsy. I shared this information with my general practitioner, and he ordered the biopsy for me.

The urologist in our community did a random biopsy and the pathologist report stated that I had a Gleason Score of 3+3 = 6 cancer. A Gleason 6 is the lowest, and the best you can have in the range of 6–10. The urologist said I should go on active surveillance and come back in six months for an MRI.

I knew the next thing to do was to verify it and see if this course of action was reasonable. So I returned to NCI’s website to identify leading medical centers for this specific disease and I found one on the West Coast, where I live. The center was doing a lot of research and was very prestigious. The doctor I made with appointment with was highly respected and well known. He ordered an MRI. Based on the MRI, the biopsy report, and the rate of change in PSA (velocity), he recommended I have surgery to remove the prostate.

An operation or radical prostatectomy meant that there was a risk of incontinence, impotence, and never having sex again. These complications are common: The prostate is located amid a tightly-strung nest of important nerves that is difficult to keep intact during surgery. In order to save my life, though, I was willing to do it. I gave it serious consideration, but before I made this decision, I needed to confirm this new diagnosis and see if this was a sensible treatment option, and quickly. I knew you can’t drag your feet when dealing with cancer in order to keep the disease contained in one area. With timely action, the cancer will have less time to grow, spread, and mutate, making it easier to treat. I went back to my Internet sources to find another doctor and center for the purpose of confirming this doctor's recommendations.

I found that in pediatric and many adult cancers, the oncologists rely on genetic analysis to provide critical and predictive information concerning outcomes as well as the visual valuation through the microscope. I was extremely uncomfortable with making this decision without any genetic analysis.

I discovered Memorial Sloan-Kettering (MSK) had developed more advanced testing procedures (4K Score Test) to determine whether a biopsy would be needed and to determine how aggressive the cancer is. There are several genetic tests, such as the Polaris test, that will determine the aggressiveness of a tumor by evaluating the tumor’s genes.

I also called my daughter’s doctor, who had just coached a friend with prostate cancer. He told me his friend was disappointed with the surgery that I had just been recommended. With every move he made, he would accidentally urinate. That’s when I realized that looking for a surgeon with experience and success was key. He recommended I contact a medical center in San Francisco.

The doctors at MSK recommended using an MRI fusion biopsy, which increases the accuracy of finding tumors in the prostate significantly, compared to the random biopsy I had.

I did my research and found a surgeon at the San Francisco Center that had performed over 2,000 radical prostatectomies and wrote over 1,000 peer-reviewed papers. During the appointment he explained to me that it appeared that I had a low risk of prostate cancer based on information from the other previous doctors. As I hoped, he said he needed to take another look at the prostate with MRI fusion biopsy, and that he would perform a genetic assessment of the genes in the cancer to determine how aggressive it was.

A week after the biopsy the doctor called and told me that they could not find any cancer tissue. This was six months ago. Just last week, they performed an ultrasound and again found no cancer.

On two separate occasions—when the doctors told us our daughter was not going to make it, and when the doctor told me I had aggressive cancer and required surgery—I avoided devastating consequences because I took the time and effort to confirm these recommendations. Trusting only one doctor’s diagnosis and recommendation would have completely altered treatment and altered my family’s lives.

I’m not a doctor. I’m a dad who worked hard to make sure what the doctors were saying was correct. Anyone can do it, and maintain control during a time when fate seems to be in everyone’s hands but your own.

I now run a pediatric cancer research foundation called End Kids Cancer and I wrote a cancer guidebook called “Steps to Hope” that shows in more detail how to utilize NCI’s website to find leading centers and to locate valuable resources. It has received much praise from parents of children with cancer, adults fighting cancer, medical professionals, and most notably Pulitzer Prize-winning oncologist Dr. Siddhartha Mukherjee. It is based on a patient’s perspective.

A free copy can be downloaded from http://www.endkidscancer.org/steps-to-hope.

I wish you and your loved ones all the best.