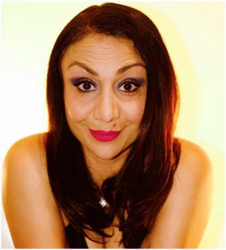 “Sandy has been a key contributor to our success, and we are thrilled to promote her to this important position,”

illuminate Hollywood, a leading production and post-production solutions company, today announced the promotion of Sandy Crawford to President. In this new role, Crawford will continue to be a vital part of the executive team to continue the company’s growth in the film, television and gaming industries.

“Sandy has been a key contributor to our success, and we are thrilled to promote her to this important position,” said Steven Wiener, Chairman. “Her approach to supporting the needs of our clients, along with her ability to see beyond limitations, play an instrumental role in the company's unique servicing model.”

Crawford joined the company shortly after it was founded in 1995. Previously serving as General Manager and Executive Vice President, she quickly rose to several management and executive positions. As president, she will report directly to illuminate Hollywood’s Chairman Steven Wiener and CEO Jim Hardy.

“Over the past 22 years, Sandy has served in various capacities at illuminate Hollywood giving her a uniquely comprehensive background to excel as president of the company”, said Jim Hardy, CEO.

illuminate Hollywood is a full-service post-production and production solutions company that has been an active part of the film and television industry for over 22 years. Its patented and “black box” technology has put it on the cutting-edge of imaging for television and film production and post-production. illuminate counts most of the major film, independent film and television companies as clients. Its production solutions and broadcast capabilities serve as a filming studio for top-ranked programming, including The Tavis Smiley Show.