Essential plug-in for Adobe After Effects CC accelerates render speed by as much as 3X. 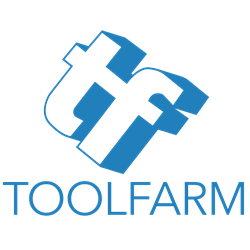 Toolfarm announced the release and immediate availability of the new RenderGarden plug-in for Adobe® After Effects® CC (Mac and Windows), developed by Mekajiki.

RenderGarden can increase render speeds by up to 300% on a single computer by taking advantage of multi-processing in After Effects.

Toolfarm, a leading global distributor and reseller of video, VFX, 3D, and motion graphics software applications and plug-ins, announced today the release and immediate availability of the new RenderGarden plug-in for Adobe® After Effects® CC (Mac and Windows), developed by Mekajiki. Accelerating render speeds by as much as 3X, RenderGarden leverages existing system hardware processing power to improve the speed of motion graphics and visual effects workflows.

RenderGarden can increase render speeds by up to 300% on a single computer by taking advantage of multi-processing in After Effects. In addition to single system optimization, RenderGarden features unlimited render nodes for leveraging the processing power of multiple systems across a single network. This is ideal to render large QuickTime movies, AVI movies, and image sequences at warp speed. RenderGarden works in the background, allowing After Effects users to continue working without interruptions. RenderGarden also provides automated post-render transcoding to MP4 and QuickTime movies.

“RenderGarden was born from a recent multi-user After Effects project at Swordfish, our sister company that does design and production. The team was working off-site in 6K and did not have access to our internal render farm. With the large file sizes, we quickly hit a bottleneck,” said Matt Silverman, CEO at Mekajiki. “Setting up a render farm was not quick or in the budget. Our team repurposed some custom code we wrote for our render set up. The result was a simplified distributed rendering tool for After Effects. After putting it through the paces, we have fine-tuned RenderGarden into a formidable workhorse and we’re excited to share it with the rest of the After Effects community via Toolfarm!”

“We are thrilled to announce the launch and distribution of RenderGarden,” said Jason Sharp, president, Toolfarm, Inc. “At Toolfarm, we’re always looking for tools that help increase the productivity of motion graphics artists. RenderGarden will become an essential tool for After Effects artists on every project.”

RenderGarden is available immediately from Toolfarm at an MSRP of $99 USD. To purchase, or for more information, please visit https://www.toolfarm.com/buy/rendergarden.

About Toolfarm
Founded in 1999, San Francisco based Toolfarm is the world’s largest reseller of motion graphics, visual effects and 3D plug-ins for the global creative community. Recognized for reliable distribution, high-quality customer service, community and training, Toolfarm is THE place for creative professionals to learn about and shop for all video related plug-ins.

About Mekajiki
Our team of filmmakers, designers, animators, and technologists live to design memorable pictures in motion. While working on commercial productions at our sister company Swordfish, we found missing pieces in our pipeline and have been creating a suite of in-house tools to solve these problems. Now we’re bringing these tools to market through Mekajiki.

Mekajiki is a team of filmmakers, designers, animators, and technologists who live to design memorable pictures in motion.