Who Does The American Public Believe: Donald Trump or His Female Accusers

An independent national survey, developed by a team of researchers led by Murat Haner of the University of South Florida- Sarasota Manatee and conducted by YouGov America in late October attempted to understand how people felt about the allegations of sexual misconduct lodged against then presidential candidate Donald Trump. In light of recent reports of widespread sexual misconduct across the American landscape, the findings from the 1,000 respondents add further substance to this important social issue. 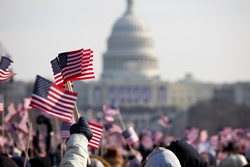 Nearly two thirds of Americans (65.5%) believe that if the accusations can be proven, President Trump should be impeached by the Congress.

Nearly 3 in 5 Americans (58.1%) believe that the women accusing President Trump of sexually harassing or assaulting them, “are telling the truth.”

This finding is based on a survey designed by Murat Haner of the University of South Florida Sarasota Manatee and Teresa C. Kulig and Francis T. Cullen of the University of Cincinnati. The survey was conducted by YouGov America between October 17-24, 2017 and polled a national probability sample of 1,000 Americans.

According to the research team, the four key results of the survey are:

Who is telling the truth—President Trump or his accusers?

Why did the women wait so long to report these incidents?


Were President Trump’s comments to Bully Bush recorded on the Access Hollywood tape only locker-room talk or an admission of guilt?


What should happen if the accusations of the sexual misconduct of President Trump against the women could be proven?

For a more detailed report of the findings, please click on the link!
https://trumpstudy.wordpress.com