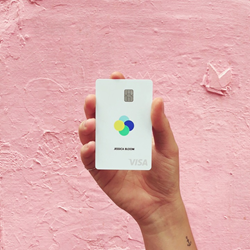 "Petal is building a different kind of financial services company, with a mission to make safe and affordable credit accessible to everyone," says Jason Gross, the CEO and co-founder of Petal.

Petal, a credit card startup pioneering “Cashflow Underwriting” as an alternative to traditional credit scoring, announced today that it has raised a $13 million round of Series A financing, led by Valar Ventures, a New York-based venture capital fund known for its successful investments in the financial technology space. Petal also announced that it has hired Shiri Wolf, a longtime senior counsel with the Consumer Financial Protection Bureau (CFPB), as its general counsel.

Petal is building a different kind of financial services company, with a mission to make safe and affordable credit accessible to everyone. Petal is tackling one of the credit industry’s deepest problems: because traditional credit scoring relies heavily on borrowing history, it may underestimate the creditworthiness of an entire generation of younger U.S. consumers, along with millions of others historically underserved by the financial services industry. Data from the CFPB shows that lower-income consumers, immigrants and people of color are also far more likely to lack an accurate credit score. These consumers often find themselves in a Catch-22—they can’t get access to credit without a credit history, and they can’t build a credit history without access to credit.

This is a particular challenge for people under the age of 35. Data from Experian shows that the average credit score for Americans younger than 35 is less than 635 (a rating traditional financial institutions consider “sub-prime” or “high-risk”), and tens of millions of younger adult consumers have no score at all. With credit scores that are artificially low or non-existent, these consumers are unfairly denied access to financial products or offered expensive products that make it easy to become trapped in debt.

Petal has developed a new technology—“Cashflow Underwriting”—that analyzes, in real-time, an individual’s digital financial record. Unlike other lenders (both traditional and fintech) that make decisions based solely on credit reports or subjective proxies for financial resources like education and occupation data, Petal measures objective components of each individual’s creditworthiness, like how much they make, save and spend over time, and the bills they pay each month. As a result, Petal has a more accurate and precise understanding of how much someone can safely afford to borrow, and can identify consumers who are a good credit risk without having to rely solely on credit history. This approach enables Petal to overcome many of the limitations of traditional credit scoring that can put young Americans at a disadvantage.

“Something is terribly wrong when the industry decides an entire generation is, on average, sub-prime,” says Jason Gross, Petal’s CEO and co-founder. “Today’s credit system unfairly labels young Americans and other new-to-credit borrowers as ‘high-risk’, then punishes them with high interest rates and excessive fees. Petal breaks that cycle, using technology to give tens of millions of people the credit they deserve.”

“Petal’s technology has the potential to reshape how we assess consumer creditworthiness,” says Andrew McCormack, a founding partner with Valar Ventures. “That has big implications for credit markets in the U.S. and around the world. We’re happy to offer Petal our support in helping people who are overlooked and ill-served by today’s credit system.”

In September, Petal unveiled a simple, no-fee credit card that doesn’t require a credit score, along with a mobile app that makes it easier to own and manage a credit card responsibly. Petal has no fees (whatsoever), low interest rates (13.99%-24.99% variable based on the Prime Rate as of September 15, 2017) and high credit limits (up to $10,000) as compared to other introductory credit cards. Petal will use this new round of funding to expand its team, bring its product to tens of thousands of consumers that have signed up for the waitlist on petalcard.com, and demonstrate the predictive value of Cashflow Underwriting as a powerful alternative to traditional credit scoring. Over the past few months, Petal has made a number of high-profile hires, including Shiri Wolf, Senior Counsel in the CFPB’s Office of Regulations, which crafts and implements federal regulations governing financial services and products. Shiri, a graduate of NYU Law School, was previously a corporate litigator with the national law firm Morrison & Foerster LLP.

“Shiri is one of the brightest minds working at the intersection of regulation and financial technology,” says Petal’s CEO, Jason Gross. “She has been a strong advocate for financial inclusion and the interests of under-served consumers. Her many years of experience in the public and private sectors will be valuable as Petal continues to innovate in a complex and highly-regulated industry.”

Today’s credit scoring technology—developed more than 60 years ago—is based primarily on a consumer’s borrowing history. But that approach fails to capture the most important components of people’s financial lives—like income, monthly expenses, and savings—that are necessary to see and accurately interpret the whole picture. As a result, tens of millions of people who are good credit risks have artificially low credit scores. Having a sub-prime credit score can have significant costs: it's much more likely that people will be turned down for a credit card or a loan—and if they’re approved, it will often be for less credit, at higher interest rates and with expensive fees, potentially costing hundreds of thousands of dollars over a lifetime. With a low credit score, it can also be more difficult to lease an apartment, more expensive to buy a car, and harder to get a job, and it can drive up the cost of purchasing a home. The impact reverberates for years.

Cashflow Underwriting is different from traditional credit scoring, using a mixture of machine learning and common sense to analyze an individual’s digital financial record. Instead of relying solely on an applicant’s borrowing history, Petal incorporates critical financial data elements into the credit decision, including how much an individual makes, saves, and spends over time, as well as the bills they actually pay each month—yielding a more comprehensive, fair, and inclusive picture of their financial health.

This allows Petal to serve consumers that most banks turn away, and offer lower interest rates and higher lines of credit without charging fees—even if those customers don’t (yet) have a credit score. Cashflow underwriting techniques are currently being used for small business lending by companies like OnDeck, Kabbage, and Square Capital; Petal is the first consumer application of this technology.

ABOUT PETAL:
Petal makes people’s lives easier with financial products that are honest, simple and accessible. Petal was founded by technologists in New York and Silicon Valley, along with seasoned industry executives from financial institutions like JPMorgan Chase, Capital One, American Express, CitiBank, and PayPal. Petal is based in New York City.

ABOUT VALAR VENTURES:
Valar is a New York­-based venture firm founded by Andrew McCormack, James Fitzgerald and Peter Thiel. Valar's core thesis is that an increasing number of transformative technology companies are being started outside of Silicon Valley, and that the founders of those companies benefit from having a partner that understands their unique challenges and opportunities and can help them achieve optimal growth. For more information, please visit: http://www.valar.com.