The two entities will collaborate on the production of a high-quality publication that looks at the history of DARPA’s first 60 years, but focuses attention on current and future agency programs. 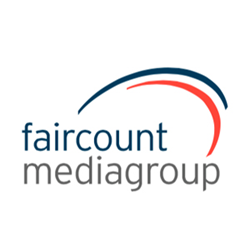 Set for release in June of 2018, the publication will highlight the challenges and accomplishments achieved by DARPA over the past 60 years, but will focus principally on current and future agency programs. Telling the story of DARPA’s 60 years of sponsoring revolutionary research and development programs for the Department of Defense (DOD) – including its history, past achievements, organization, and current and future programs and initiatives – will not be new to Faircount. In fact, this will be a follow-up to the publication Faircount produced in 2008 for the 50th anniversary, titled DARPA: 50 Years of Bridging the Gap.

Through the publishing agreement, Faircount will provide writing, editing, design, production and distribution services. Faircount is also responsible for funding the project, as it did on the 50th anniversary edition, through securing the participation of organizations via advertising opportunities in the publication. Messages of congratulations and product and service promotions from the top academic institutions, defense and aerospace contractors, and leading-edge research and engineering firms will feature in the upcoming edition, as they did in 2008.

The publication will see controlled distribution on name-and-title basis to senior management and leadership, program managers, and contracting personnel throughout DARPA, the DOD, and the community of academic, corporate, and governmental partners that work with DARPA.

“It’s an honor to be selected to publish for as iconic an institution as DARPA,” said Ross Jobson, Publisher, Faircount. “The DARPA 60th anniversary publication is very much in line with our recent work with other world-class R&D organizations, including the Air Force Research Lab, Army Research Laboratory, and NASA Langley Research Center.”