Many facts suggest that a specific germ is the root cause of Alzheimer's disease. A $1 million challenge award will be given the scientist who provides persuasive evidence of this. 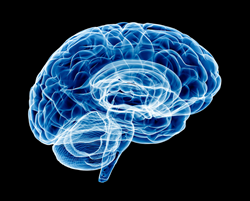 We'll pay $1 million to the scientist who provides pesuasive proof of the Alzheimer's germ.

Leslie Norins, MD, PhD, CEO of Alzheimer’s Germ Quest, Inc., announces a $1 million challenge award for the scientist who provides persuasive evidence that an infectious agent is the root cause of Alzheimer’s disease. The three-year contest begins January 16, 2018. Details are provided at ALZgerm.org..

“It’s time to more aggressively fund the hunt for a microbe that is the villain in Alzheimer’s,” says Dr. Norins. The rationale for the challenge is presented in an accompanying white paper, “It’s Time to Find the Alzheimer’s Germ”.

Dr. Norins says there are a number of intriguing reports suggesting Alzheimer’s is the end result of a microbial infection. And, in 2016, 33 leading Alzheimer’s scientists signed an editorial urging more research on this.

Yet, he says, major funders have still not adjusted priorities, and remain “fixated on the safe old favorites” research topics of amyloid plaques and protein tangles. “Hopefully, this challenge will help jump-start additional research interest globally in microbes.” He warns, “To not investigate guarantees we will find nothing.”

He says stimulating resemblances exist with the discovery of Helicobacter pylori and its role in causing gastric ulcers. This bacterium had eluded detection for decades.

Alzheimer’s is the sixth leading cause of death in the U.S., and has increased 25 percent in recent years, according to the Centers for Disease Control and Prevention (CDC).

The challenge award is a project of Alzheimer’s Germ Quest, Inc., based in Naples, FL., and is open to all scientists worldwide. The award money will be donated by Dr. Norins and his wife, Rainey. No outside donations are sought or accepted, and no medical advice is provided.

Dr. Norins is a 44-year veteran of medical publishing, having created more than 80 newsletters for healthcare professionals. In his early career, he directed the Venereal Disease Research Laboratory at the CDC. He received his B.A. from Johns Hopkins University, M.D. from Duke Medical School, and Ph.D. from University of Melbourne, where he trained in immunology with Sir Macfarlane Burnet, Nobel Laureate. He is a Fellow Emeritus of the Infectious Diseases Society of America.

White Paper: "It's Time to Find the Alzheimer's Germ"Why more research is needed to determine if a germ is the cause of Alzheimer's disease