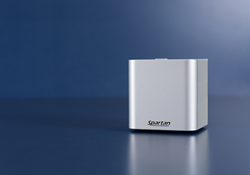 PSPC is a leader in Legionella testing and management. This is the first scientific study of weekly Legionella DNA testing and we are grateful for PSPC’s support. It is an excellent example of how the Canadian government supports innovation. - Paul Lem, M.D., CEO of Spartan Bioscience.

The study was designed and performed in collaboration with Public Services and Procurement Canada (PSPC). PSPC was one of the world’s first organizations to adopt rigorous Legionella testing standards and has been at the forefront of proactively protecting public health by incorporating new technologies and standards. Funding for the study was provided by the Build in Canada Innovation Program (BCIP).

“PSPC is a leader in Legionella testing and management,” said Paul Lem, M.D., CEO of Spartan Bioscience. “This is the first scientific study of weekly Legionella DNA testing and we are grateful for PSPC’s support. It is an excellent example of how the Canadian government supports innovation.”

There were two other key findings. First, on-site Legionella DNA testing was significantly more accurate than shipping water samples to a laboratory for Legionella culture testing. This finding was consistent with previous research. For example, the Centers for Disease Control and Prevention (CDC) found that Legionella culture underestimated actual levels by a factor of 10 or more. The CDC also found culture incorrectly reported that water samples were negative for Legionella when in fact they were positive an average of 11.5 percent of the time.(1)

Second, weekly on-site Legionella DNA testing was able to rapidly detect when Legionella bacteria grew to a higher action level. The doubling time of Legionella bacteria is typically between 22–72 hours in water systems and the natural environment.(2) However, the doubling time at an “amplifier site” (such as a cooling tower) can be as few as 2.5 hours.(3) Overall, weekly testing is important because Legionella can reach high levels within days. Spartan plans to publish more detailed findings from the study in upcoming peer-reviewed scientific publications.

Legionnaires is fatal in about one in ten people.(4) Each year in the United States, 8,000-18,000 patients are hospitalized with Legionnaires and the CDC estimates it costs $101–321 million to the healthcare system.(5,6)

About the Spartan Legionella Detection System
The Spartan Legionella Detection System is the world’s first on-site Legionella DNA test and it can detect and quantify Legionella bacteria in 45 minutes from a water sample. The system consists of a coffee-cup-sized, portable DNA analyzer called the Spartan Cube® and a single-use disposable test cartridge. The technology is based on a highly-accurate Nobel-Prize winning chemistry called quantitative Polymerase Chain Reaction (qPCR) and it is designed to meet the objectives of ISO/Technical Standard 12869:2012. Spartan’s system is the winner of the 2018 AHR Expo Innovation Award for Indoor Air Quality, as judged by the American Society of Heating, Refrigerating and Air-Conditioning Engineers (ASHRAE).

About Spartan Bioscience
Spartan Bioscience is the leader in on-demand DNA testing.(7) Spartan’s technology fully integrates DNA collection, extraction, and analysis, with an intuitive interface that is easy to operate. The Spartan Cube, the world’s smallest DNA analyzer, enables unprecedented portability and convenience in applications such as infectious disease, pharmacogenetics, and food and water safety testing.