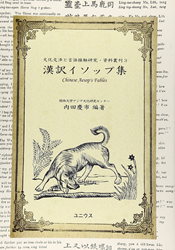 Kansai University Open Research Center for Asian Studies will be a digital global hub for research on East Asian culture.

Kansai University are building a digital platform for humanities research
“The roots of Kansai University (KU) can be traced back to the Hakuen-Shoin—a private school specializing in Chinese literature opened by Togai Fujisawa in 1825,” says Keiichi Uchida, the Director of KU-ORCAS, who is fluent in Mandarin, and an expert on cultural interaction in East Asia. “The Kansai University Open Research Center for Asian Studies is built on the legacy of the Hakuen- Shoin. KU-ORCAS will be a digital global hub for research on East Asian culture.”

Uchida and colleagues will build an open access platform with digital archives of historical information on East Asian culture. “We are going to digitize humanities,” says Uchida. “We hope that access to information on classic literature, objects, and documents on East Asia will lead to new research methodology and breakthroughs in the understanding of the proliferation of religions, such Christianity to China and Japan.”

KU-ORCAS is the result of many years of projects to digitally archive the vast resources accumulated by Kansai University over the last 150 years. “Since 2005 we have digitally archived only 6000 items from the more than 150, 000 items in the KU collection,” says Uchida. “One of the issues with these digitized items is that they do not adhere to an international standard for digitizing archives of historical documents. So, users experience inconvenience in finding and interpreting the documents. Here, in the KU-ORCAS project we will use the International Image Interoperability Framework (IIIF) standard proposed by Stanford University to enable different institutes to efficiently cross check and compare collections.”

Citizen science in the humanities: Tagging digital archives with support from the public
The KU-ORCAS will be an open access platform accessible to a global network of researchers as well as the public. “We need many different perspectives to explain the meaning of old languages and cultural documents in East Asia,” says Uchida. “Veteran researchers cannot always interpret hand written old letters and such material. So we need support from the public as well. For example, left and right in Chinese have the opposite meaning to that in English; the same applies to words for ‘inside’ and ‘outside’. So we must be careful in interpreting items from such Chinese literature.”

Researchers at KU-ORCAS will digitized materials using scanners to read and store information, which will then be tagged initially in English, and later in Chinese and Japanese. “We will require volunteers to translate and write tags,” explains Uchida. “Our model for this project is based on citizen-science, where the global community of like minded people focus their efforts to solve problems for the benefit of mankind.”

The future: multidisciplinary, multilingual, and multicultural

The key words describing the future are multidisciplinary, multilingual, and multicultural. “I am confident that Kansai University and the KU-ORCAS will play a central role in global efforts to digitize humanities, and enable anyone, anywhere to access documents describing, for example, the proliferation of Christianity in East Asia,” says Uchida. “The first Chinese language version of the Bible is an example of the fascinating area of research where languages, spirituality, and culture interact. We welcome people to join us on this unique journey of using 21st century technology to share and understand East Asian languages and culture dating back to the 17th century.”