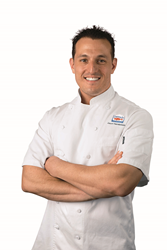 “A day doesn’t go by that I don’t eat a piece of seafood,” Henderson said. “By trying different sauces and preparation methods with fish, I was able to expand the palates of my family and keep myself healthy for more than four years.”

Seafood Nutrition Partnership (SNP) is encouraging Americans to focus on long-term lifestyle changes, including adding more seafood into their diets, for improved health all year long.

“The Dietary Guidelines for Americans suggests eating two servings of seafood per week for optimal health,” said Linda Cornish, president of SNP. “At SNP, we provide shareable resources, easy recipes, and buying and cooking tips to inspire fellow Americans to incorporate more seafood into their diets to be healthier.”

Most people feel good about seafood - they’ll agree that it’s good for their health, it’s perfect for when they want something special, or they love how it tastes. In fact, U.S. News & World Report recently ranked both the Mediterranean and DASH diets as best overall diets - both with a focus on eating seafood as a lean, high-quality source of protein. Seafood offers many additional health benefits throughout the lifespan. It is beneficial in heart and mental health, improves how women feel during pregnancy, and aids in brain and eye development for children.

For instance, when Jason Henderson joined Captain D’s in Nashville, Tenn., as chef and vice president of Product Innovation, his cholesterol was extremely high and he was borderline hypertensive. His doctor wanted to put him on several medications, but he wouldn’t except that. Instead, he made changes to his eating and exercise routine, such as eating grilled seafood, trying new workouts like CrossFit, and taking omega-3 fish oil supplements.

“A day doesn’t go by that I don’t eat a piece of seafood,” Henderson said. “By trying different sauces and preparation methods with fish, I was able to expand the palates of my family and keep myself healthy for more than four years.”

A year after his start at Captain D’s and his healthy lifestyle changes, Henderson’s cholesterol significantly decreased and his blood pressure was nearly perfect.

Oklahoman Rob Morris also saw tremendous improvements in his health when he changed his lifestyle to include more seafood and omega-3 fatty acids. For six months, Morris ate seafood as his primary source of protein while increasing daily activity and maintaining a balanced diet. In those six months, Morris’s blood pressure fell into a near-normal range and has since lost more than 100 pounds.

"For the first time in my life, at age 59 no less, I finally understand the meaning of 'change your lifestyle',” Morris said. “I really can say that seafood saved my life.”

Eating at least two servings per week--as recommended by the Dietary Guidelines for Americans, American Heart Association, American Diabetes Association and many other leading health organizations--is an easy way to make a positive commitment to your health and the health of those around you. Take the #Seafood2xWk pledge at seafoodnutrition.org.

Seafood Nutrition Partnership (SNP) is the leading 501(c)3 non-profit organization in the U.S. building awareness of the health and nutritional benefits of seafood. SNP is addressing the country’s public health crisis through education programs that inspire Americans to incorporate more seafood and omega-3s into their diets for improved health as per USDA Dietary Guidelines. In October 2015, SNP launched a national public health education campaign. For more information, visit SeafoodNutrition.org.