Surviving And Thriving: Study Looks What It Means to be Mentally Tough 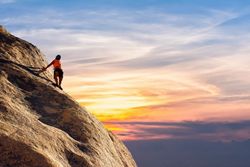 Hardy or mentally tough people have a unique approach to life: They live purposefully, view obstacles as temporary, and believe that they control their destiny.

The most important thing to remember when it comes to stress is that your perception of the stressor is what will determine your emotional experience, your attitude, and your behavior.

Any story that starts with “In my time…” will no doubt lead to a lecture on how older houses, older cars, and older generations were made of sterner stuff. After all, most grandparents and great-grandparents alive today likely lived through at least one war and one major economic crisis, often surviving through sheer will and determination to become the hardy people they are today. But what does it really mean to have a “hardy personality”? Researchers at PsychTests looked at the impact of three key traits that have been the subject of numerous studies since the seventies: Commitment, Control, and Challenge.

Studies conducted by stress resilience pioneers Salvatore R. Maddi and Suzanne C. Kobasa revealed that a person’s ability to cope with a traumatic event or hardship was a matter of perception: According to Kobasa, hardy individuals have developed three essential traits that not only allow them to survive difficult experiences, but in fact help them thrive thereafter:

Researchers at PsychTests examined data from 9,283 participants who took their Hardiness Test. They discovered that hardy individuals take a unique approach to life that allows them to thrive even during difficult times. For example:

PsychTests study also indicates that a hardy personality can have a positive impact on an individual’s physical health and potential for success. For example:

“We often choose to tiptoe around conflict situation, take the easier or familiar road, complain when we hit our first obstacle, and wallow in self-pity when things go wrong in our life,” explains Dr. Ilona Jerabek, president of PsychTests. “The interesting thing about hardiness is that every obstacle and hardship we face makes us wiser and tougher. Going through tough times can be to our advantage. We learn to be resilient and we learn new information and skills that will help us get through the situation…and any other hardship we may face in the future. As the saying goes, what doesn’t kill you will only make you stronger.”

“The most important thing to remember when it comes to stress is that your perception of the stressor is what will determine your emotional experience, your thoughts, your attitude, and your behavior,” explains Dr. Jerabek. “We like to use the example of a rainy day: Some people will lament about the weather; hardy people will simply grab an umbrella, put on their raincoat, and head out like they would on any other day. Even when dealing with a hardship that is more long-term, like an illness, how you view the situation can significantly increase or decrease the emotional turmoil surrounding it, and affect the way your body deals with the illness on a physical level. There are those who will spend their days fearing their illness and creating more stress for themselves, and then there are those who will use their circumstances as inspiration and embrace life more fully and enjoy every minute. Hardy individuals have a more hopeful, proactive, and determined attitude. They live fully, purposefully, and with the attitude that no matter what happens, they will find a way to get through it.”

Want to assess your level of hardiness? Check out https://testyourself.psychtests.com/testid/2099

Professional users of this test can download a sample report for the PsyHP - R (Psychological Hardiness Profile - Revised - Therapy Version) or request a free demo for any assessment from ARCH Profile’s extensive battery: http://hrtests.archprofile.com/testdrive_gen_1

Hardiness is associated with better physical and psychological health, as well as professional success.Here’s how hardy and non-hardy people compare: