UNO Pizzeria & Grill will add excitement to the doldrums of winter with the launch of their latest seasonal craft beer line up starting in February. 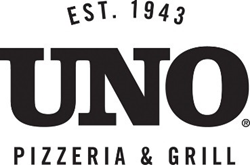 "The program we have in place is more than just serving craft beer, it's about building relationships with local brewers where we can both benefit,"

UNO Pizzeria & Grill will add excitement to the doldrums of winter with the launch of their latest seasonal craft beer line up starting in February.

Pizza and beer have always been part of the UNO experience, and in Fall 2017, UNO’s launched a new menu focused on craft pizza and craft beer. UNO’s now includes six rotating taps of regional, local, and hyperlocal craft beer at each restaurant to complement its lineup of five permanent varieties as well as the classic favorites.

"The program we have in place is more than just serving craft beer, it's about building relationships with local brewers where we can both benefit," said Louie Psallidas, president and chief executive officer at UNO’s. "Working together allows us to create awareness of the breweries near each UNO's and bring the community together in our restaurants to enjoy great handcrafted pizza and great craft beer."

UNO's new craft beer initiative has brought a taproom feel to UNO’s, with restaurants hosting neighborhood brewers and patrons able to talk more about their selection and sample the best of their local brews. These events will allow the public to enjoy craft beer with their handcrafted pizza while meeting the brewers to learn more about their beer.

“We’re excited to be on tap at UNO’s locations across Massachusetts,” said Michael Oxon, Night Shift Brewing Co-Founder. “It's refreshing to see their commitment to not only serving great, local craft beer, but also educating their staff and guests about it. The fact that their corporate leadership team are all Certified Cicerones sends a strong, clear message."

Customers can check out what’s on tap using the Untappd app on their phones or via the UNO website. Guests are immediately notified of newly-tapped kegs through a variety of social media platforms, UNO’s web site, and the Untappd app. Each local UNO restaurant will feature a unique line up, including beer from the following breweries:

As the undisputed inventor of Chicago Deep Dish pizza in 1943, UNO’s has a long history of innovating new styles and bold flavors of America’s favorite food. In 2016, UNO’s launched the Chicago Thin Crust line of pizzas designed to offer guests a thin crust pizza with a deep dish attitude. UNO's has been making their dough fresh every morning, in every location, since 1943. UNO’s uses the finest ingredients including 100% fresh mozzarella cheese shredded daily in each restaurant, vine-ripened, fresh-packed tomatoes, high-quality meats, and fresh vegetables for toppings. The craft of pizza making at UNO’s breaks the typical chain mode of pre-packaged, processed, frozen foods and maintains the decades-old craft of handmade pizza.

The new menu craft beer program is available now in UNO’s 98 company and franchise restaurants in the U.S. Expanding more upon their craft pizza specialty, each restaurant will have daily pizza and beer specials and takeout pizza deals. To learn more and explore the new menu, visit http://www.unos.com.

About UNO Pizzeria & Grill
Based in Boston, Massachusetts, Uno Restaurant Holdings Corporation includes 108 company-owned and franchised UNO Pizzeria & Grill restaurants located in 22 states, the District of Columbia, the United Arab Emirates, Honduras, Qatar, and Saudi Arabia. UNO's is all about the joy of sharing a handcrafted pizza – from our famous Chicago Deep Dish, which we invented in 1943, to our Chicago Thin Crust. The Company also operates Uno Dué Go, a fast-casual concept, Uno Express, a quick-service concept, and Uno Foods, a consumer-packaged foods business which supplies airlines, movie theaters, hotels, airports, travel plazas, schools, and supermarkets with both frozen and refrigerated private-label foods and UNO branded products. For more information, visit http://www.unos.com.

UNO's launches seasonal craft beer lineup as part of their craft beer program available in their 98 restaurants across the United States.