Former RAINN spokesperson, a woman of inspiration and the Sole Survivor of the Infamous Railroad Killer, Holly K. Dunn will begin her speaking tour across the country as she engages university students on the topics of sexual assault and the prevention of abuse. 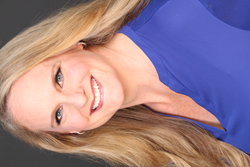 "I read Holly's book with my heart in my throat. As a counterterrorism officer who worked in very dangerous locales, what happened to Holly is my worst nightmare. She could have allowed this to take over her life, but instead, she triumphed over the fear."

Every 98 seconds another American is sexually assaulted. This statistic is found in the Rape, Abuse and Incest National Network (RAINN) website and is highlighted by former RAINN Spokesperson, Author of Sole Survivor and inspiration speaker, Holly K. Dunn.

"America's backyard has been the playground for perpetrators to abuse and assault women and children. I am sickened by the constant news headlines that fill our local and national news with the sexual abuse that takes place in our society." said Holly K. Dunn

Former RAINN spokesperson, a woman of inspiration and the Sole Survivor of the Infamous Railroad Killer, Holly K. Dunn will begin her speaking tour across the country as she engages university students on the topics of sexual assault and the prevention of abuse.

Dunn's story has been featured by CBS 48 Hours. The episode also highlighted book excerpts from Sole Survivor including Holly's family members and Kappa Kappa Gamma Sorority Sisters who were involved during those days. More information can be found at https://www.cbsnews.com/news/48-hours-live-to-tell-the-railroad-killer

Sole Survivor: The Inspiring True Story of Coming Face to Face with the Infamous Railroad Killer