A Save of Olympic Proportions: Paul Wylie's Comeback from Sudden Cardiac Arrest is a Reminder of the Importance of Learning CPR, Especially During February, Heart Month

Three years ago, figure skating Olympian Paul Wylie overcame a substantial disadvantage and survived Sudden Cardiac Arrest, thanks to immediate CPR from one of his workout buddies. To help save more lives, the Sudden Cardiac Arrest Foundation urges the public to commit to learn CPR now, during Heart Month. 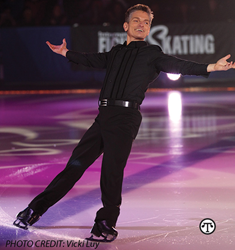 As an Olympic silver medalist, I can think of no more important role than to save someone else's life.

Sudden Cardiac Arrest (SCA) is the third leading cause of death in the U.S., according to the Institute of Medicine. The life-threatening emergency occurs when the heart unexpectedly stops beating. According to the latest statistics from the American Heart Association, SCA affects more than 356,000 people of all ages outside hospitals each year in the U.S., and nearly 90 percent of cases are fatal.[1]

Because survival from cardiac arrest is still relatively uncommon, stories of survival frequently make the news. One such story is that of Paul Wylie, an Olympic skater, who won the silver medal in men’s figure skating at the 1992 Winter Olympic Games. Wylie is now a commentator on figure skating at the XXIII Winter Olympics in Pyeongchang, South Korea.

Wylie suffered cardiac arrest when he was out for a run in 2015. He overcame a substantial disadvantage and survived—thanks to one of his workout buddies who gave him CPR. In nominating his rescuer for an award from the Sudden Cardiac Arrest Foundation, Wylie said, “As an Olympic Silver medalist, I know well what it means to work hard, really hard. I have performed in countless high-pressure situations. Yet, I can think of no more important role than to commit all my mental energies and physical strength to save someone else’s life. That is what Billy Griggs did for me on April 21, 2015.”

In Wylie's case, as in so many other stories of survival, immediate bystander care made the difference between life and death. While, on average, only one in 10 victims of sudden cardiac arrest survives, bystanders can double or triple a person’s chance of survival by giving CPR immediately.

“In the event of a sudden cardiac arrest, it is very important for the public to respond,” according to Michael C. Reed, MD, an interventional cardiologist at the International Heart Institute in Missoula, Montana, who serves on the Sudden Cardiac Arrest Foundation Advisory Council. “If someone has a sudden cardiac arrest, bystanders should call 911, give CPR, and if an AED (automated external defibrillator) is available, use it immediately.”

For an infographic on Sudden Cardiac Arrest, see attachment.