Wade, the founder and former CEO of Banno, will lead technical strategy 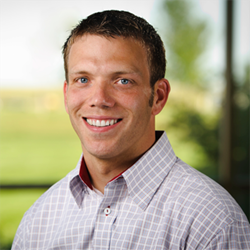 BillGO is flipping bill pay on its head and changing a business model that's several decades old. I'm joining BillGO to expand the existing relationships and explore new ones as we power real-time payments.

BillGO, the creators of the faster, proven bill payment engine that provides automation and enhanced revenue for its partners, is pleased to announce the addition of Wade Arnold.

“We’re excited to have Wade join the team,” says Dan Holt, BillGO’s Co-Founder and Chief Executive Officer. “Wade will leverage his domain expertise to lead BillGO’s technical strategy, and his massive network has already brought some of the largest bill pay providers to use the BillGO engine,” Holt continues. “His career has largely focused on moving the boundaries of banking to deliver exactly what the market demands. His passion, paired with BillGO’s drive to innovate past what exists, will propel us to further disrupt the payments space.”

Arnold’s excitement is apparent when he discusses his new role. “BillGO is flipping bill pay on its head and changing a business model that’s several decades old. I’m joining BillGO to expand the existing relationships and explore new ones as we power real-time payments,” he says. “It’s a very rare situation to bring three former CEOs and founders with five successful fintech exits together in a single company.” To top it off, he’s looking forward to being part of a company whose leadership is focused on a culture of inspiration and innovation.

Arnold’s experience makes him an integral part of BillGO’s team. Throughout his career he’s served in a variety of high-profile roles at banking and Fintech organizations, most notably as the Founder and CEO of Banno – a company that offers a suite of native iOS, Android and web-based apps to financial institutions and their customers, which was acquired by Jack Henry & Associates. Arnold has also served as a member on several boards, including the President of the Association for Financial Technology (AFT). He holds a bachelor’s degree in Computer Science from University of Northern Iowa, an MBA from University of Iowa and is a graduate of the ABA Stonier Graduate School of Banking.