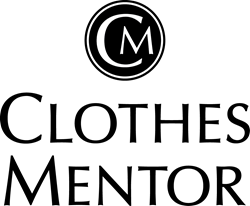 Clothes Mentor has been NTY Franchise Company’s most recognizable resale clothing franchise for more than a decade and we are proud of the growth and prosperity it’s had.

“No matter where you fall on the list, making it into Entrepreneur’s Franchise 500 is a huge honor,” NTY Franchise Company COO Chad Olson said. “Clothes Mentor has been NTY Franchise Company’s most recognizable resale clothing franchise for more than a decade and we are proud of the growth and prosperity it’s had.”

Resale franchises are enjoying a $17 billion boom that began during the great recession and continues today as consumers flock to stores like Clothes Mentor to buy and sell their gently used women’s fashion. Since 2017, Clothes Mentor has successfully recycled more than 42 million items of mall brand and designer clothing and paid women more than $180 million for their gently-used items.

CEO Ron Olson, the mastermind behind resale franchise brands like Play It Again Sports and Plato’s Closet, envisioned a whole new concept for women’s resale clothing franchises when he purchased the only three Clothes Mentor locations in 2007. He despised the bare-bones feel of resale stores and the “musty attic” smell common in them. Working with his son, Chad, they set out to rebrand Clothes Mentor as an upscale boutique featuring designer clothing and accessories at resale prices. They added bright colors and signage to the store design, made sure stores were well-lit and featured state-of-the-art technology. They paid special attention to the ambient scents in the store. They stocked their shelves with current fashion and paid cash on the spot to local women for their gently-used items.

The idea was a hit. Women rushed into Clothes Mentor stores to sell their gently-used designer clothing and came away with much-needed cash. They refreshed their closets with high-fashion brands for pennies on the dollar. By 2014, Ron and Chad Olson had grown the Clothes Mentor franchise to 100 stores. Today, there are more than 140 Clothes Mentor stores in 42 states. Plans call for an additional 50 locations to be opened in the next three years.

To learn more about NTY Franchising Company, visit their website at ntyfranchise.com.

About Clothes Mentor
Clothes Mentor started with two existing locations in 2006 and began expanding the brand the same year. As of January 2018, the company has 145 stores in 42 states with many more in development. Clothes Mentor is a resale-based women’s designer fashion brand known as being cutting-edge in both high-end designer fashion and technology. The company buys and sells like-new apparel, shoes, and accessories for all women, Sizes 0-26, petites, and maternity. The inventory comes from the same customers who shop in the store, and sellers are offered cash on-the-spot or credit toward a new purchase. With stores throughout the United States, each store serves its local community in both buying and selling gently-used, designer clothing, shoes, boots, handbags, jewelry, and other accessories.

About NTY Franchise Company
Founded in 2006 by Ron Olson, NTY Franchise Company is the gold standard in resale franchising companies. NTY franchises five brands, all with a different focus: Clothes Mentor, Children’s Orchard, Device Pitstop, New Uses, and NTY Clothing Exchange. The brands are all resale-based and cover women’s designer fashions, children’s apparel and accessories, furniture and household goods, electronic sales and repair, and clothing for teens and young adults. All are great business opportunities with cutting-edge technology, unmatched support, and lucrative resale franchises. NTY Franchise Company has helped individuals to establish resale stores throughout the United States in many communities, and it has territories available to develop nationwide.