The Dog Wizard Franchise Successfully Buys Back Its Stock 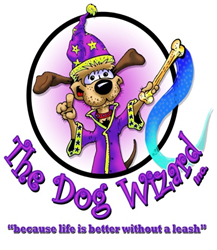 Franchise Funding Group helped me put the franchise development mindset, systems and tools that we needed into place. I’m grateful they decided to invest in me, my franchise and my future. - Dog Wizard Franchise Founder and CEO Gretchen Hollifield

In 2017, The Franchise Funding Group, LLC (FFG) invested in The Dog Wizard Franchise®, a successful dog training franchise based in Charlotte, North Carolina. FFG, as investors and strategic partners, funded and put franchise development systems in place to help Dog Wizard accelerate their franchise growth starting in 2018. Already, The Dog Wizard is up to 20 franchises in 2018 with dozens of candidates in the pipeline and The Dog Wizard team is looking for more qualified franchise candidates who love dogs, who are looking for the freedom and responsibility of being a business owner, and who want to make a positive contribution to dogs and dog families throughout their communities.

FFG is an investment and franchise-development company located in Cincinnati that helps entrepreneurs to scale their existing, proven and profitable businesses nationwide as new franchise systems. FFG also helps existing franchise systems, like The Dog Wizard, to position themselves for expansion. For their investment of money, expertise, and on-going strategic guidance, FFG earns a minority interest in the franchise system, typically 25 percent or more, but allows the Founders to buy back their stock whenever they are ready at a pre-established pricing formula.

Daniel Murphy, President and Co-Founder of Franchise Funding Group said, “Working closely over the last several months with the Founder and CEO of Dog Wizard, Gretchen Hollifield, was a pleasure. We were proud to lay a strong foundation for Dog Wizard’s franchise expansion in 2018 and beyond with franchise development strategy, systems and training. This franchise system, with successful franchise owners and a proven home-based operating model and brand, now has everything in place to grow substantially. With over 77 million dogs in the U.S. in over 54 million households, dog training has huge growth potential for years to come. We could not be more excited for Gretchen and her company’s bright future.”

Murphy continued, “As such, I’m not surprised that Gretchen decided to exercise her option to buy back her shares sooner than later. She had the means and opportunity to regain 100 percent ownership of her franchise at the pre-established pricing formula before her expansion really takes off. It was a smart decision on her part and we wish her continued success."

Gretchen Hollifield, Founder and CEO of Dog Wizard Franchise, said, “Franchise Funding Group helped me put the franchise development mindset, systems and tools that we needed into place. I’m grateful they decided to invest in me, my franchise and my future. They invested significant money, substantial time and expertise, and had real skin in the game. My success and their success were tied together. They were very accessible and worked hard on my behalf. It was a great partnership and everything was managed on a win-win basis.”

When asked why The Dog Wizard is such an attractive franchise to purchase, Hollifield stated, “On a daily basis, you get to be with, work with, and love on a variety of dogs and puppies. And no prior experience is necessary. This is a change-in-lifestyle opportunity to turn your passion for dogs and their well-being into a profitable and fulfilling business. Also, our dog training is so effective that it comes with a lifetime satisfaction guarantee and consistently produces happy dogs, happy clients and on-going referrals. And besides, you feel great making a real difference in the lives of others. Helping dogs have better relationships with their families is a highly rewarding business, both emotionally and financially.”

To inquire about Dog Wizard franchise opportunities, visit http://www.DogWizardFranchise.com. For more information about the Franchise Funding Group or to fill out a funding request, visit http://www.FranchiseFundingGroup.com.

About Dog Wizard: Dog Wizard was started out of love for dogs and a burning desire for a better and more fulfilling life. After graduating from Wake Forest, where she was a point guard on the women’s basketball team, Gretchen Hollifield found herself working a traditional office job 50+ hours a week stuck behind a desk, trapped inside all day, and with very little excitement and joy in her work life. She dreaded going to work and finally reached her breaking point and escaped. Her real passion was being around dogs. So in 1997, with courage and faith, Gretchen became a certified dog trainer. But sadly, the expensive certification company, like most, only gave her technical training and didn’t properly prepare her to market, operate, and grow a successful and substantial business. She struggled until she developed her own proprietary marketing, operating and dog training systems under her Dog Wizard brand in 2005. Her perfected business model was a success and her income soared as she added more dog trainers to her business. Gretchen then wanted to offer this superior business model and satisfying lifestyle to other dog lovers wanting their own business and freedom. In the summer of 2012, she launched Dog Wizard as a franchise system. http://www.DogWizardFranchise.com