The IMG Studio, STRAPS, and Silver & Black Give Back team up to create a virtual reality game introducing wheelchair sports. 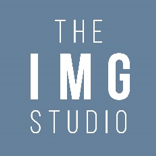 Fans at the San Antonio Spurs' March 23, 2018 game will have the chance to play the new virtual reality wheelchair basketball game for free on the concourse at the AT&T Center. Local virtual reality development company, The IMG Studio, created a VR game that immerses players in the world of wheelchair basketball. The game features a stadium, an active scoreboard, and puts the player in the perspective of a wheelchair athlete. This game was created for South Texas Regional Adaptive & Paralympic Sports (STRAPS) and Morgan's Wonderland to and will be used to recruit new players, both with and without disabilities, and help players practice before actually getting on the court. The game will be available through STRAPS for current and future players.

"We at STRAPS are so excited that this emerging technology is putting players in the game in a virtual way and increasing awareness of Paralympic sports," says STRAPS director Brooke Matula.

The VR game requires goggles which allows users to fully immerse themselves in the game. Players will have a realistic perspective of what it is like to play basketball in a wheelchair. The environment of the game was built using 3D and gaming engine software, using a variety of coding languages that includes physics to make the game feel true to life. The IMG Studio's Interactive Media Manager, Andrew Jacobson, developed the game by playing wheelchair basketball and studying how the wheelchair moves. Jacobson also consulted with Watering Seeds Organization, a Houston-based nonprofit organization founded to create sports rehabilitation and recreational opportunities for individuals with disabilities. "At Watering Seeds Organization, we are very enthusiastic that the IMG Studio is providing VR programming for the disabled. We feel there is a great need for this innovative technology in this market and believe it will help us expand our outreach to better serve and support our youth, wounded warriors, and challenged athletes in the community," says Brady Mazzola, CEO of Watering Seeds.

"Virtual reality is becoming increasingly important when it comes to introducing new activities to people without them ever having to physically try them," says James Chandler, President of Interactive Media at The IMG Studio. "We are one of the only companies in San Antonio building virtual reality technology using local designers and developers."