In an online survey of over 3000 people, Tellwut found that 69% of respondents who had a Facebook account had no intention of closing their account amid the uproar surrounding privacy concerns stemming from the Facebook-Cambridge Analytica scandal. 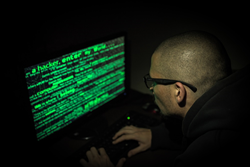 On March 17, 2018 the explosive story broke about Cambridge Analytica’s alleged harvesting of 50 million Facebook user’s data. The actual number of Facebook users whose data may have been breached and what data was accessed remains under investigation. Discussion on the potential swaying of public opinion swirls around this story. Tellwut further canvassed its community of tellwutters to see what opinions they had on this stormy situation.

In an article posted March 22, 2018 by Avery Hartman, Business Insiders.com, Harper lists categories of information that could have been obtained by Cambridge Analytica. The top 10 areas that tellwut respondents had the greatest concerns over privacy breach in order of unease were:

Tellwutters have the opportunity to provide their opinion on survey topics. Below are a few comments voiced by tellwut members with respect to this survey:

J_M says: I have never thought what I do or say on Facebook was truly private so I am not concerned. I don't have any Facebook friends that are not smart enough to make their own decisions about their political ideas. This is a lot of hot air that wants to assume we are all stupid and would believe anything just because it was written and posted on Facebook.

Suzaloo says: I'm more concerned that because I'm now another decade older, I'm being targeted with senior dating ads, glowing reviews of retirement residences and funeral pre-planning. It feels like I need to become some sort of geriatric guerilla and fight back.

97B40 says: If any social media access is FREE then have you ever wondered how they make money? Well, they make money be selling your information, where you live, what your preferences are, what you think, who are your contacts, what you buy and where. So you are their product. They track everything you do online!

About Tellwut®
Tellwut is a North American community of individuals dedicated to expressing their opinions through online surveys based upon a wide variety of topics in exchange for rewards and the Tellwut community experience. The Tellwut community and proprietary survey and reward software application provide a platform for organizations to send surveys to their stakeholders or to crowdsource and conduct online market research quickly and at a competitive price point through the use of the Tellwut survey platform and the Tellwut Community; thus allowing businesses a clearer understanding and insight into their products or services, customer attitudes and potential business opportunities.