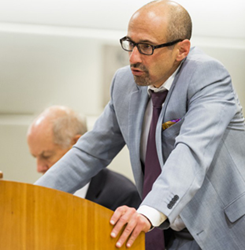 Entertainer Bill Cosby was convicted of drugging and molesting a woman in the first big celebrity trial of the #MeToo era of awareness about sexual assault and harassment. The jury concluded he sexually violated a Temple University employee at his home in 2004. She was the only woman among dozens who pursued criminal charges against the comedian. Mr. Cosby is one of the nation’s most admired actors widely known for his role in the 1980’s popular program “The Cosby Show.” He was described in the Philadelphia courtroom as a sexual predator and deviant during his trial. Prosecutors claimed he was a “con artist” who used his television image to trick victims to trust him so he could drug them. Six women testified in detail about Mr. Cosby drugging them in separate incidents from the 1980’s until 2004. The conviction comes in a retrial of a 2017 case where a mistrial was declared. No sentencing date has been set.

For more information, visit us online at https://www.egattorneys.com