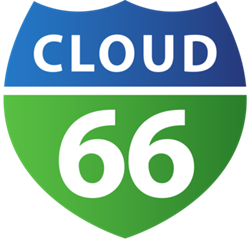 Kubernetes brings developers and operations closer together, and requires fresh thinking about configuration-focused tools. Cloud 66 Skycap now offers a container delivery pipeline to facilitate efficient maintenance of container delivery that is curated by operations according to infrastructure policies and used by developers without affecting release pace.

Ops-friendly configuration and security, built for developers
Skycap’s Formations are deployment targets for any Microservices application, allowing the user to deploy the same stack to different Kubernetes clusters and namespaces, from one place. Operations and compliance teams can curate a set of Formations, to allow deployments to any pre-approved environment or providers, in line with user access permissions.

Skycap’s Stencils are templates of Kubernetes configuration files. A Stencil is the building block where operational, security and compliance guidelines control the level of access that developers have to configuration, secrets, etc.—without impacting release pace.

Formations and Stencils are a highly efficient and scalable on-ramp from the pipeline, curated by Ops but friendly to Devs. They are a great complement to tools such as Helm charts, when dealing with more complex internal services, that may have more frequent release cycles and more stringent security and access control requirements.

Open source tool to validate configuration files
Copper joins Habitus, Starter, Skycap and Maestro as the latest member of the Cloud 66 product and project family. Copper is the open source core of Skycap’s Formations feature and is a configuration validator for Kubernetes.

“With the advance of micro-services, containers and the surge of APIs, developers and operations teams appreciate a self-service toolchain that operations curate, and developers can run with in production. Cloud 66 is committed to tools that provide a balance between operational governance and development freedom, in the cloud or for on-premises deployments,” said Khash Sajadi, founder and CEO, Cloud 66.

Cloud 66 moved its own stack, serving more than 3,500 customer workloads, to Google Kubernetes Engine in 2017 after running on another provider. With numerous deployments in production by thousands of customers in more than 120 countries, Cloud 66 has first-hand operational experience with building and running applications aimed at Kubernetes and containerized infrastructure.

About Cloud 66
Built by developers for developers, Cloud 66 was founded in 2011 and is a Techstars company, backed by investors from across the US, UK and Europe, including Dell Ventures. The company is based in San Francisco and London. Cloud 66 automates much of the heavy-lifting required for the application lifecycle through easy-to-use but feature-rich integrated management tools. Cloud 66's developer toolchain includes Skycap, a complete Container Delivery Pipeline to enable true automation, whether hosted or on-premises.