A study by PsychTests.com indicates that children who are punished when they fail may develop a fear of failure and challenge. 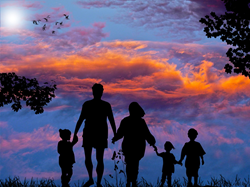 Depending on how a parent reacts when their child fails, children can either be taught to fear failure or taught how to turn into success.

Children reared with an authoritative parenting approach tend to be happier, more confident, ambitious, and perseverant.

Helicopter or Free Range? Authoritarian or Authoritative? Whatever child-rearing style a parent adopts will have an undeniable impact on a child’s development, from social skills to self-esteem to how they cope with failure. In fact, recent research from PsychTests reveals that parents who take a supportive or proactive approach when their child fails – encouraging them, tutoring them, helping them study – are more likely to raise children who are ambitious, confident, and self-motivated. Children whose parents punish failure, however, may grow to fear it.

Collecting data from 1,304 people who took their Ambition Test, researchers at PsychTests divided the sample into four groups:

1.    The Punishment Group: Comprised of people (of all ages) whose parents used punishment when they failed as children or teens (e.g. grounding them, taking away privileges, chastising them, etc.).

2.    The Dismissive Group: Comprised of people whose parents didn’t care or didn’t make a big deal of failure.

3.    The Hands-on Group: Comprised of people whose parents took a direct and participative approach to failure (e.g. working side-by-side with the child to help them learn material, offering study tips, tutoring them or finding a tutor, etc.).

4.    The Supportive Group: Comprised of people whose parents did not get angry when they failed, but who also did not let them off easy. Parents in this group were firm yet encouraging (e.g. “Try harder, study more, practice more,” etc.).

According to PsychTests study, each group’s approach to goals, challenges, obstacles, success, and failure noticeably differed:

Satisfied with their job

Motivated to improve themselves

Have goals in mind that they would like to achieve

Believe that they can achieve whatever they set their mind to

Shy away from challenges

“We’ve known for decades that parenting style has a significant impact on a child’s development, but the debate between offering tough love vs. loving support still lingers,” explains Dr. Jerabek, president of PsychTests. “Some parents are afraid that if they’re too lenient, their children will become wayward and difficult to control. Others worry that if they’re too tough, their child will grow to resent them, or rebel. In an age of ‘helicopter parenting’ and in light of backlashes against purportedly ‘self-entitled’ Millennials, new parents are likely to be confused about the best way to raise their children. However, research on parenting style, including ours, points to the same, enduring trend: Hands-on and supportive parenting tends to yield more benefits. This translates into an authoritative parenting style - being firm and setting boundaries, but also being supportive and offering encouragement. These parenting styles are generally on par, but as our study reveals, a supportive style is ideal in some situations, while a more hands-on style is necessary in others. Overall, however, children reared with an authoritative parenting approach tend to be happier, more confident, ambitious, and perseverant. Tough love may work under certain extreme circumstances, but it shouldn’t be a parent’s sole approach.”

Want to assess your level of ambition? Check out https://testyourself.psychtests.com/testid/3294

How should a parent respond when a child fails? Here’s what this study revealed:A hands-on and supportive parenting approach helps children cope better with failure than tough love.