"Behind The Scenes", hosted by Laurence Fishburne, to spotlight Organic Waste Recycling

The program seeks to educate on how industrial-level organic recycling can make an impact. 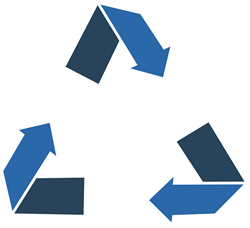 The goal is to find ways to use these leftover organic products in productive ways.

Laurence Fishburne has been the star of numerous movies and TV shows, including The Matrix as well as John Wick. However, he is also a voice in educational television. "Behind the Scenes" with Laurence Fishburne is an educative TV series that seeks to engage its audience on the issues surrounding modern society today. An upcoming episode has turned its attention to the field of organic waste recycling, which could be an important part of waste management in the near future.

It's no secret that waste is a problem in this world. There are large swaths of the ocean covered in garbage and large sections of countries are taken up by landfills. Because of this, it is important for everyone to recycle when they can. One of the ways that people can recycle is not only aluminum, plastic, and paper, but also organic waste. This includes food products and other things that may have been composted in the past. Unfortunately, when people don't finish their food, or when products don't fly off the shelves of grocery stores, they are often thrown out.

This is the focus of organic waste recycling. The goal is to find ways to use these leftover organic products in productive ways. All of this is discussed with experts in the field and leaders in the waste management movement in a new episode of "Behind the Scenes" with Laurence Fishburne.

Awards and Accolades for Programming

A team of experts reviews every episode of "Behind the Scenes" to ensure that the show holds up to its quality standards. The show has received awards in recognition of its dedication to quality.